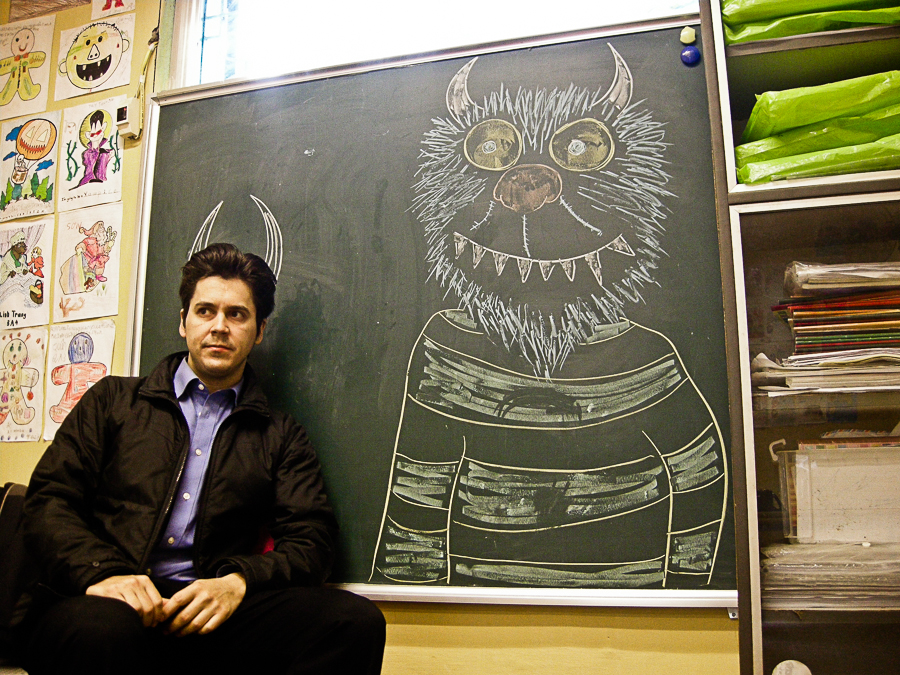 The other day I was asked by another teacher about the history of TEFL teaching. I’m ashamed to say that I didn’t really know. I was, of course, able to come up with a few things, but nothing concrete.

Teaching English carries with it all sorts of colonial memories. It is the concepts of cultural and language imperialism where the new ruling power would force its language upon the inhabitants. I remember learning about these ideas in some language theory classes in university. As a young idealist, I argued the case strongly that the destruction of cultural and language identity was evil.

Well, here I am, a foreigner to Vietnam, teaching my native tongue to the locals. Nobody is forcing this though. People are eager to pay for quality teaching. The entire language learning climate of the world has changed since WWII. English as the new Lingua Franca is much more widespread than any other before it. To be a global citizen of the modern world, one needs a decent grasp of English.

In the tourist town where I live, it is a very common practice to see groups of people, for whom English is not their first language, conversing in English. According to Mike Orcutt, in his MIT Technology Review article “The Online Language Barrier” over half of the content of the internet is written in English (Orcutt, 2015). He goes on to estimate that only twenty-one percent of the internet’s users are able to access that information fully!

As reasons for learning English have changed (e.g. from being forced into it to having a strong desire for it) so have the methods. I’ve always used a fairly communicative teaching approach in my lessons, but where does that come from? How long has the type of TEFL that I’ve been doing been in existence?

For anyone interested in theories of the origin of language, I would highly recommend The First Word by Christine Kenneally (2007). In it, Kenneally brings up competing theories from Chomsky, that language learning is done in a certain section of the brain that is universal for all users. Chomsky began a search for this Universal Grammar, a sort of formula that could be used regardless of language differences.

Pinker, on the other hand, argued that humans are born with a sort of language instinct. That we have the innate ability to learn a language. His main points of argument with Chomsky’s theories are that he doesn’t believe that a study of evolution will help to explain mankind’s language ability.

Regardless, these groundbreaking theories led to a large number of changes in the world of language teaching. Here are a few of the big ones:

1. Language is learned by using the language, not just passively taking it in.

2. Making mistakes is a useful part of language learning and is used by children in their formative years.

3. Children are more adept at language learning (especially with pronunciation).

4. Guesswork and circumlocution are important.

The Birth of the Communicative Method

In the late 1960s, a man by the name of DA Wilkins was tasked with trying to rewrite the European curriculum for language learning. He decided, following more contemporary theories about language acquisition that instead of organizing the syllabus based on grammatical structure, to instead focus it on what skills the learner needed to improve in order to better communicate (Savignon & Berns, 1984, p.4).

The communicative approach is what every TEFL teacher (at least that I’ve ever met) has been taught in their course. Basically that through role plays, activities and games the teacher needs to lead the students to use the language. It’s okay if a learner makes a mistake, that’s where error correction comes into play.

A Response to the Communicative Method

Look at any adult textbook, and you’ll notice that it is broken up to include lessons where the focus is vocabulary, speaking, reading, listening, writing, grammar and pronunciation. This type of book organization, including engaging and interactive activities, is largely due to Michael Swan.

Swan, took issue with a few of the assumptions of the communicative method, which he published in ELT Journal in a two-part essay titled “A Critical Look at the Communicative Approach” (1984). Mainly, the idea that students needed to be taught how to behave in situations.

Much of the communicative method at the time treated the students’ language ability as a tabula rasa (blank slate). Swan argues that this is not really the case and that with adequate vocabulary and grammar, students can easily transfer the language into a new setting. He also took issue that all too often, little to no new language was even being taught in the communicative classroom.

The solution is not to go back to the old method, but rather to make sure that new items are being taught before they are practiced. Also, all skills are being worked on in the classroom. This feels like the classes that I’m teaching now.

Wow, have I just over-simplified some very complex issues. Again, there’s a lot of new literature out there and at times it can be a little overwhelming. If there are new theories emerging about language acquisition, should we all suddenly throw our current classroom strategies and throw them out the window?

One great thing about teaching is that each class is a bit of an experiment. One can easily get into a rut if they are not careful. Keeping up to date on new theories will help you stay engaged in your classroom, and may even help with some prolonged issues you may have been having. Keep it fresh.

As I mentioned earlier, this is a brief history of TEFL and I have oversimplified a lot. This article is meant to be a starting off place for your own reading and not necessarily an authority on the subject. If you think I got something wrong or would like to add something that I left out, I look forward to reading a comment below.

If reading this has made you want to get TEFL qualified, TEFL Express does that too. Click here to check out a free 50-hour demo class to dip your toe in.