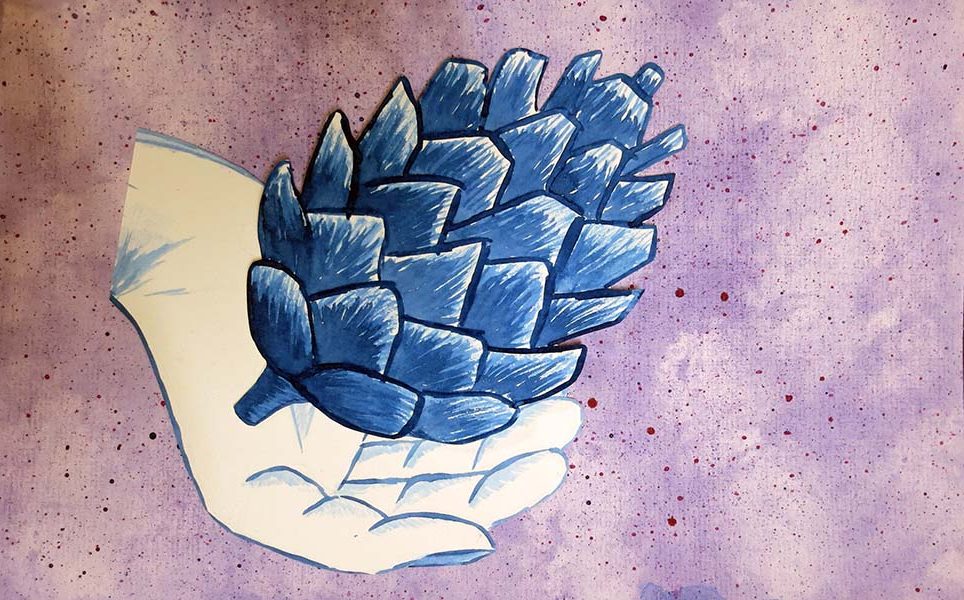 Happy holidays. This year TEFL Express is sharing another original graded reader to share with your students: “Bizzy and the Giant Christmas Tree”. This is a fairy tale that is suitable for students Flyers 1 and up. Even Pre-intermediate teens would probably enjoy it.

This is the first of two installments of the story, so keep an eye out next week for part 2!

Or, if you’re looking for some Christmas project lesson ideas, we’ve got you covered as well. You can gain access to the resource by clicking on the button below.

Bizzy Ducktooth and her mother Mrs. Ducktooth lived in the countryside and were very poor. Christmas was coming soon, but for the Ducktooths it wasn’t a special day. Bizzy desperately wanted a pink bicycle, with a polka dot seat and loud bell. Though she looked at the picture of it in a magazine every day, she knew that her mother would never have enough money to buy it.

The Ducktooths were potato farmers. It was the end of the harvest season and Bizzy and her mother had picked every potato from their little farm. However, when they finished, there were only two sacks of potatoes! They were both very tired, and Mrs. Ducktooth was a little sad.

“Bizzy, bring these potatoes to town,” Mrs. Ducktooth said, “and see what money you can get for them.”

Bizzy was taking the potatoes into town when a strange old man stopped her. The man was wearing sunglasses and had a long cane. He pointed his cane at Bizzy as she walked down the road. “Are you Bizzy Ducktooth?” The man asked.

She said yes, and the man got awfully excited. He told her this was her lucky day and that all of her troubles would soon be over. He said that he’d be happy to buy all of her potatoes in exchange for five pine cones. Not just any pine cones, the man explained, but magic pine cones.

Bizzy was no fool. She knew that magic pine cones were worth much more than some stupid potatoes. Bizzy hated potatoes.

When she got home, her mother did not share her excitement. “Magic Pine Cones!” She yelled, “How could you be so stupid Bizzy! Those potatoes were all that we had. How are we going to make it until the spring?”

Her mother took the bag of pine cones and threw them out the window. Bizzy was so upset that she went to her room and cried. She didn’t even come out for dinner. It was potato soup with potato juice to drink. Bizzy hated potatoes.

The next morning, when Bizzy awoke, she looked out her window and nearly screamed. The pine cones had grown into an enormous Christmas tree! The tree was so tall that it towered above the clouds. There were ornaments, candy canes and at the very top, a golden star that gleamed like the sun.

“We’ll be rich!” Bizzy exclaimed and ran to tell her mother.

Before busy got to her mother’s room, she made a plan. If she got the star before she woke her mother, she could sell it for much more than the potatoes. In fact, she could make so much extra money, she might be able to buy the pink bicycle.

The golden star at the top was beautiful, but when she got to the top, it wasn’t the star that made her mouth gasp and her heart stop. Near the top of the tree, above the clouds, was a magical winter wonderland. Bizzy hid behind the tree and looked at the magical snowy place

There were short men and women with pointy ears and tall conical hats– they were elves. There were large beasts with brown fur, long wet noses and horns. One of them had a red shiny nose–they were reindeer. There were also snowmen, but not like the snowmen that Bizzy knew. These snowmen had dark glasses and bowties. They were alive; they were snow guards.

Everywhere she went, she saw crazy snow creatures dancing, skiing, skating, sledding or drinking hot chocolate. Everyone was having fun. Then, suddenly, she heard a loud bell and everyone hurried to one huge factory building in the center of the winter wonderland. There was a large sign on the front of the factory that read, one more day until Christmas. 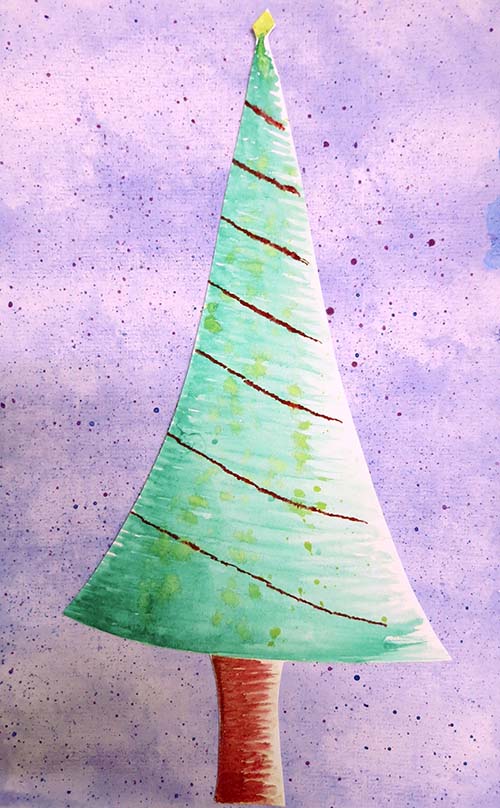 Bizzy looked into the factory and saw everyone busily working. They were building toys and wrapping them like presents. There were dolls, yo-yos, kites, teddies, computer games and bicycles. Bizzy even saw a pink bicycle with a polka dot seat and a loud bell!

When one of the little elves finished building the bicycle, a reindeer rolled it out of the way and down the hall with its nose. The bike was all on its own and Bizzy started to think that maybe it would be okay to borrow the bicycle. After all, it was just sitting there. There were so many other toys and bicycles, she thought no one would mind if she borrowed this one for a little while.

So Bizzy tiptoed past behind the elves and reindeer. She was very quiet and stealthy. When she got to the bicycle, she carefully got on and rode away from the workers down an empty hallway. The hallway kept getting bigger and bigger. It was like a giant cave! She was able to cycle as fast as she wanted and ring her bell as many times as she liked.

As she was cycling and ringing her bell she noticed an enormous room, with an enormous door and an enormous sign above it. The sign read, “Quiet! Resting up for the big day.”

Bizzy looked inside the room and saw a giant. The giant was very fat and had a curly white beard and a red nose. The giant lit a candle near its bed and put on a red hat. “Ho, ho, ho!” The sound was so loud that the hallway began to shake, “Who’s there?”

Bizzy was so scared that she started to scream and rode the bike as quickly as she could away from the giant. She didn’t look behind her as she moved the pedals on the bicycle. She was terrified.

Of course, Bizzy didn’t answer. Bizzy didn’t stop at all. She zoomed past the reindeer, the elves and the snow guards. She continued down the tree, she didn’t even stop to look at the golden star. With the help of the bicycle, she was able to race down the tree in only a few minutes.

When she got to the bottom, Bizzy was breathing very fast. She was tired. She looked up the tree, but didn’t see anyone coming after her. Maybe they couldn’t leave the winter wonderland. If that was true…well, if that was true then the bicycle was hers! After all, it was too big for the elves, too small for the giant fat man and the reindeer couldn’t ride a bicycle.

Bizzy was very happy and spent the rest of the day cycling all over her town and all around the potato fields.  When it started to get dark, Bizzy hid the bicycle under her bed. She wasn’t sure what her mother would think of it. She might get angry that she took it or even make her sell it in town.

to be continued next week…