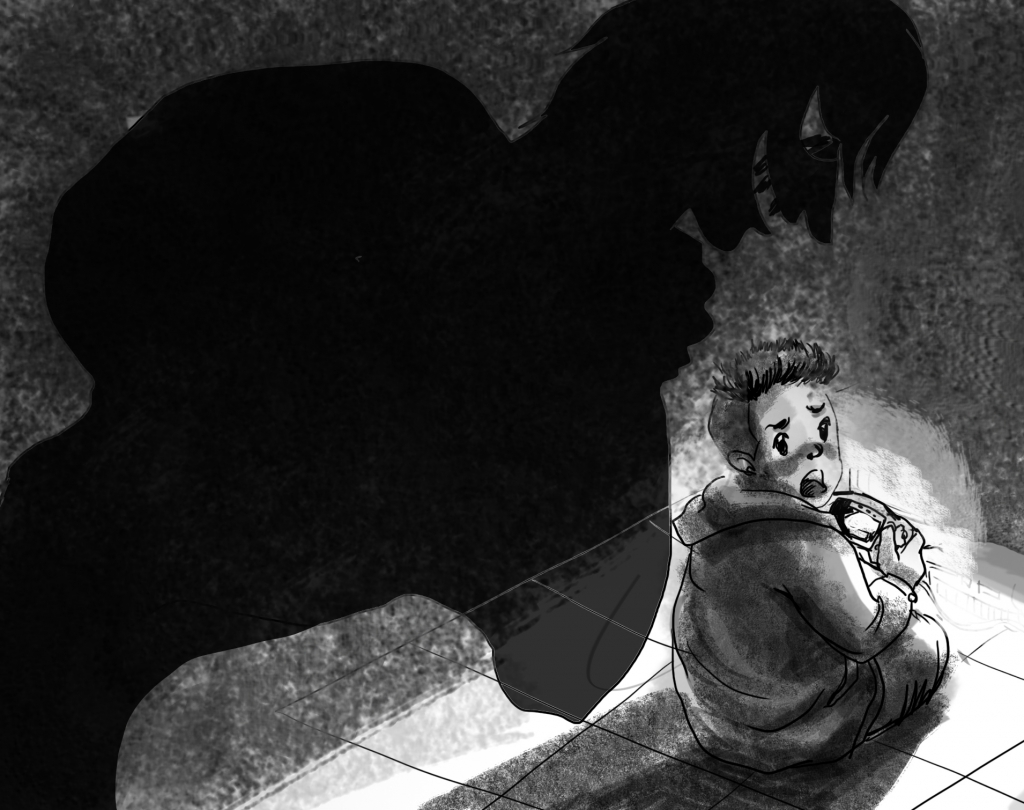 Merry Christmas! To celebrate, TEFL Express is giving you another graded reader. The installments will be published every Wednesday with the finale coming your way on December 23rd. Each part will come with a resource pack that can be used to help you use the story in your classroom. You can download it by clicking on the button below.

This story is meant for teen students that are at a roughly pre-intermediate reading level. I hope you enjoy. Read on for part one of the story.

“Please, leave me alone!” Tim said as he ran down the snowy road.

It was very cold in Wisconsin that December and James Whitley could see his breath as he ran behind Tim, the scared boy in front of him. James was only eleven years old, but James had always been a big kid. He didn’t know why, but he was the heaviest, the tallest and the strongest in his class.

There were a few other children that were following James and Tim at a safe distance. They were very curious what was going to happen, but they were scared and didn’t want James to do anything to them. Some of them wanted to help Tim, but they were too terrified to do something. Instead, they all just watched.

Tim was not a very athletic boy; he ran very slowly and sometimes fell down on the ground as he tried to run away. James quickly caught Tim and pushed him into a snowbank.Â  Tim began to cry as James came closer and closer. When James was standing above Tim, James started to laugh.

He easily picked Tim up off of the ground and started to laugh at him. “Give it to me,” James said.

Tim tried to get away from James, but James was holding onto his jacket. James pushed Tim against a nearby telephone pole. Then, James grunted very loudly and lifted Tim off of the ground. Tim’s feet moved wildly in the air.

“Give it to me!” James said a second time.

“Help! Help!” Tim screamed, but no one helped him.

The group of children who were watching didn’t help; they were too scared. However, the children didn’t leave either. They wanted to see what was going to happen next.

“Okay, okay, I’ll give it to you!” Tim said still crying.

James put Tim back onto the ground. Tim very slowly looked in his bag and pulled out his portable Playstation game console. It was Tim’s favorite thing in the world, and he played it every day. Maybe James was jealous of how much he liked it.

Tim gave James the portable Playstation console; his hand was shaking as he gave it to him. James didn’t stop when he had the Playstation in his hands. Instead, he grabbed Tim’s bag and took out some more video games and the charger for the console. He put everything into his own backpack and started to walk away.

James turned around and looked at Tim. James quickly made a snowball and threw it at Tim. It hit Tim right in the face. Tim’s face turned a bright red from the cold snow.

“It isn’t your game console anymore,” James said before walking away.

It was morning and everyone was on their way to school. “He shouldn’t be bringing video games to school anyway,” James thought to himself and laughed a little.

When James got to school he became worried that Tim might tattle on him and tell the principal that he had taken the portable Playstation console. He decided that he should hide it somewhere. If the principal asked him if he stole the Playstation he could say no. Even if the principal looked in his bag, there wouldn’t be anything there.

James put down his backpack and sat in a corner next to a water-heater. It was a little dark and there were some spiders, but James didn’t care. Nobody was down in the basement, and no one could tell him he had to study. He could play video games as long as he wanted.

The video game that James chose to play was very violent. On the video game he shot a lot of zombies with very big guns. Sometimes, when James shot a zombie, he laughed. “Headshot!” James said as he shot one fat zombie in the head.

Suddenly, the one light that was on began to flicker on and off. Also, the Playstation turned off. James thought that maybe the Playstation had run out of batteries. He was very happy that he had taken the charger from Tim as well.

Then, James heard some footsteps. They weren’t very loud, but somebody else was in the basement with him. Was it the janitor? “Hello? Who is it?” James asked.

Nobody answered him. Instead he heard some bells jingle quietly. Every time that James heard another footstep, he heard the bells. James didn’t get scared very often, but now he was scared. “Come out of the dark,” James said, ” or I’ll hurt you.”

Again, nobody answered. James heard the footsteps again, each time with the jingle of bells. The sound was getting closer and closer to where he was sitting with the video game. Then, James saw it. He saw a shadow.

This time, James heard laughter come from the darkness. “Ha, ha ha. Oh James. I remember when you were just a little boy. You have always been such a bad bad boy.”

Out of the darkness, a black and hairy creature appeared slowly. It was a monster! The monster was taller than James and had dark skin and dark hair covering it’s body. The monster had long sharp nails coming out of its fingers and its teeth were long and sharp.

The monster was wearing a red Santa hat and carrying a large red bag just like Santa. James began to wonder if this was Santa. Maybe Santa Claus is a monster!?

“Who are you?” James asked again.

“I’m Krampus. You can think of me as an evil Santa Claus. I’m here because you have been a very naughty boy,” the monster, Krampus, said.

“Oh James, yes you have. What is that in your hands? Why aren’t you in class like the other children? You are a very naughty boy.”

“What are you going to do?” James asked.

“I’m going to do what I do to special naughty boys at Christmas time.”

“What’s that?” James was almost crying.

“Oh yes,” said Krampus, ” and when Christmas comes do you know what I do to very naughty boys?”

“I take them home with me, and I make a very big pot of soup.”

“No James. The boys are the soup.”

Suddenly, Krampus disappeared. James rubbed his eyes and thought that maybe he was dreaming. Then he looked down and the Playstation console was gone! Krampus had taken it with him.