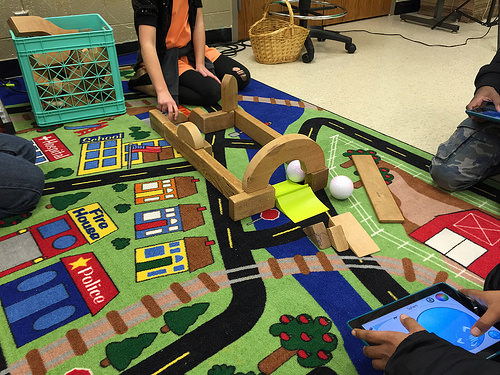 Probably the largest issue that new teachers have is coming up with games and activities to use in their classroom. I’ve mentioned quite a few times in this blog that the best resource for a starting teacher is other teachers. Borrowing ideas from them and making them your own is a great place to start. However, there comes a time in every teacher’s career when they will have to take off the training wheels and come up with their own ideas. Your fellow teachers probably won’t like it if week after week you are merely ripping off their ideas. You need to contribute new ideas as well.

Read on for my tips on how to create a TEFL activity for your classroom. It’s easier than you might think. Also, it might be handy to download a template that I’ve created for new activities. It will help ensure that you’ve thought through the activity, know how to give instructions and other criteria to ensure its success. You can download it by clicking on the button below.

One important thing to keep in mind as you try to get creative is that you want to keep your activity simple the first few times around. For example, imagine you were going to give instructions to play checkers to somebody with limited English. Now imagine trying to explain chess. Likewise, your game should have simple rules that are easy to demonstrate and explain. In other words, start with checkers, not chess.

As time goes by, in order to make the game more interesting, try adding a few new rules. This is a great way to make a familiar game fresh again and stave off boredom in your students. A simple example of this is the old familiar game “Slap the Board” where two students, given a cue from their classmates, race to slap the correct flashcard on the board. Why not simply reimagine this game slightly by adding a funny obstacle before they slap the card? Maybe they have to use a jump rope three times before they slap the board. Suddenly, this old tired game will have your students in stitches.

Gain Inspiration From Your New Surroundings

As you travel about in your new country you’ll see lots of interesting amusements that you may have never seen before; different board games, card games, sports and the like that can all lend themselves to classroom activities. I’m not saying that you should always be working; just keep an eye out for games that could be adapted for TEFL. I’m surprised by how often I find myself on a holiday coming across strange puppets or oddities and feeling like they would be great for my classroom.

My most recent purchase like this was a book of Sherlock Holmes lateral thinking puzzles. Each puzzle is illustrated, and when it is pulled out with my teen classes, either as a warmer or if there’s extra time at the end, everyone gets excited. Here are some other great purchases (or finds) that have lent themselves to the creation of many new games: a brass gong, buzzers, bells, a collection of bottle caps, a bag of clothes I was going to donate, Doki Doki Gorilla… I’ll leave it up to your imagination as to how these items were used.

The main point here is that THINGS often inspire IDEAS.

Look to Your Past

Most new games that I’ve come up with for my classes weren’t new at all. They are games that I used to play as a child (some that I still play), which were adapted. I come from a rather large family (six brothers and sisters) and our TV/computer time was strictly limited. As a result of this, we spent a lot of time both inside the house and outside making up strange games to play. Many of these games I’ve adapted to classroom activities over the years.

One example is “The Note Game”. My sister and I used to do this for other unsuspecting members of our family. We would have a string of notes hidden all over the house, yard and even neighborhood. One note would have a clue of some kind, which would lead to the next note. Sometimes, instead of a note, they would encounter a character that one of us were playing. Over the years, these got pretty elaborate.

A very simple game that my brothers and sisters used to play in the basement was “Run Back and Forth”. As you may imagine from the title, this included us running from one end of the basement to the other. One person was in the middle and tried to tag someone to replace them in the center. Adapting this to a TEFL activity for very young learners merely needed the inclusion of a question and answer component. After the student in the middle has asked their question, students can attempt to answer as they run to the other side to safety. If they run before the question, or fail to answer as they run, they are automatically in the middle.

Think back to your childhood or even teen and adult years. What games did/do you like to play? Most board games, card games, role playing games, party games, etc. game be used in your class. Your task is to think of how to plug in the language component so that they are practicing the target language for the day.

Really LOOK at the book

Generally I’m not a big fan of teacher’s books, but they often do contain some good ideas. Like anything else, you’ll need to adapt it to make sure that it will work in your classroom, but it’s still a good place to start if you’re feeling uninspired.

Look at the context that the book is aiming to create, and see if you can think of any activities within that context. If the topic/context isn’t doing anything for you, think about the language itself. If it’s a new grammar point, think about the types of situations that you naturally use this in. Doing this will lend itself to thinking about games and activities.

For example, when is third conditional often used? One way is to express regret. Game idea, students say three regrets in the third person and the other students try to guess what popular/famous person they are referring to (“X” should not have driven his car drunk.”). Finding a natural context that the game can mimic is key.

Most importantly, don’t do all of your planning last minute. There’s not much room for creativity if you are scrambling to plan a ninety minute lesson and get your materials ready ten minutes before class. In those situations, a teacher will necessarily refer to games and activities they’ve used dozens of times, which may or may not work this time around.

My recommendation is to make sure that at least once a week, you give yourself way too much time to plan. Make a coffee, get the skeletal framework of your lesson plan made, then allow yourself time to come up with unique ideas.

To help with the creation of these new activities, and to make sure that you’ve got all of your bases covered, try using the template that I’ve created below. It’s also in a format that will make it easy for you to share your new idea with others.