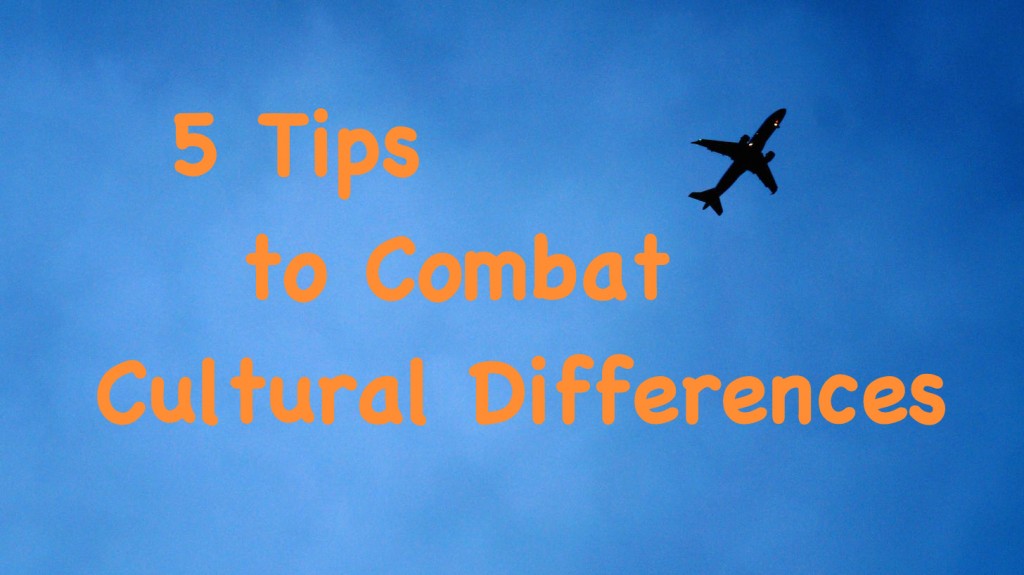 With traveling abroad, one must be prepared for many new challenges. Things are definitely going to change. Changes to our normal daily routines, changes to our diet, even changes to the clothes we wear. Normally, you would never find me in a suit, unless someone was getting married, or passed away. One of the biggest areas of changes is going to be in the culture department.

We’ve talked before about the varying degrees of culture shock and how you can best prepare for it, but we’ve never really just focused on cultural differences. Now I don`t mean your culture will change, but you will find numerous occasions where your culture and the culture of a local differs greatly. And that can lead to some pretty different situations if you’re not prepared.

Whether it is a coworker in the classroom, a person in a managerial or human resource role, or even just the cashier at the supermarket, you are bound to have culture interfere in your normal routines at least a few times. If anything is absolute, it`s that. To give you an example; Once, with a kindergarten class, I played the game “Leap-Frog.” I word say a word, the students had to say the first letter of the word, then jump the previous student. The first team to make it to the end won. The Principal walked by and saw what they were doing, and asked me not play that game, as it was culturally considered rude, in my host countries eyes, to “jump over a person.”

Personally, I found this extremely strange, but ultimately it is their country and their cultural customs, so who am I to encourage it. I did, however, tell the principal how strange I found it, and to be honest, she had thought it was strange too, but it was something she was taught so she taught the same thing. Anyways, you never know when or where you might come across some cultural differences, so here are a few tips to try and help ease you out of a potentially awkward situation.

All students learn differently, so try and teach differently. Learn as many new styles and methods as you can. Whether it’s from your partner teacher or a manager, try to learn some of their traditional methods and see what works for you. In turn, show them how you teach and how you were taught as a child. You’d be amazed how much you can learn from each other.

English can be a very tricky language for others to learn. To native English speakers, we assume it is one of the easiest when in actuality it is quite difficult. Sometimes non-native English speakers when becoming confused and simply say yes but are too embarrassed to ask for clarification. It is also possible someone thought they knew the meaning of a particular word but was simply mistaken. Also verify understanding, especially if things become heated!

Some people are more outspoken and aggressive than others while communicating. If you are with a group and you notice a quiet individual or culture for that matter, be sure to single them out for their opinion and ideas. This will make sure they are included and they have their voice heard, rather than just sit quietly and keep their views to themselves.

Before going to any country, research the people, their history and their culture. You don`t have to be a scholar in the subject, but it will definitely help you be prepared for a lot of the unexpected. Most countries and people, around the world, have their do`s and don`ts documented. You would be amazed by how a little research can save you a lot of trouble later by avoiding a potentially bad situation. It also makes it easier to set up good situations.

Everyone from every country in the world has a sense of , and nothing starts off a relationship better than a good laugh. Be wary of what a specific group finds funny. You don`t want to try to make a joke and end up insulting a person, but with the proper one-liner, you could easily win over anyone!

< With Christmas Coming, It`s Time to Decorate the Classroom!
5 Great Ways you can Identify your Students Strengths and Problem Areas >