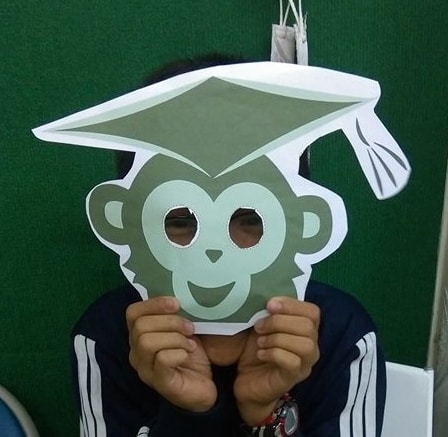 This year I decided to organize a number of intensive summer programs for beginner level young learners and teens. These types of classes often attract a lot of students, and I was pretty sure they’d be well attended. However, I was a little worried about these classes. The students would start motivated, but studying a language four days a week can be tough. I wanted to make sure that my students knew why they were working so hard to learn this language.

This is where the idea for international days at GLC came from. Every other week during the summer, the students had a culture lesson. Though the classes were primarily held in English, the goals were to learn about a different country and have a chance to communicate with someone, using English, from that country. Read on to find out why and how I did this, and also, how it went. 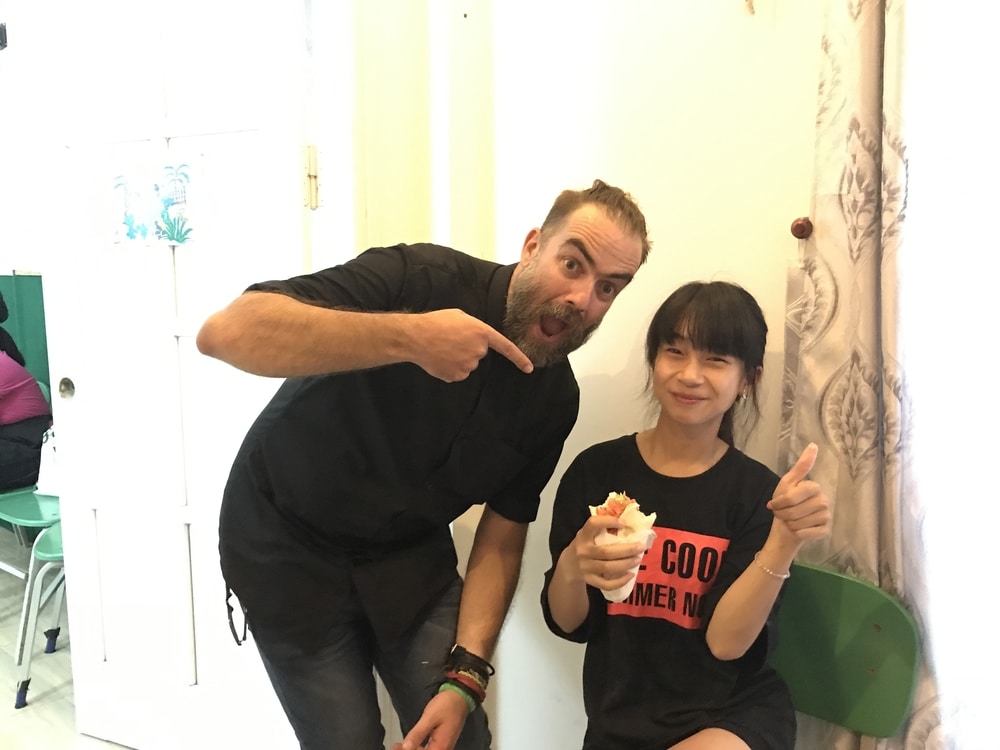 Why did I do this?

My primary goal with these summer international lessons was to let the students, who largely live in an isolated little town, get a glimpse of the much larger world out there. Not only that, but the hope was that they would come to realize that learning English could be their gateway to that world.

I wanted them to view English as an international language that they could use with many people from different countries and not just English speaking countries. Also, arguably of more importance, I wanted it to be fun. 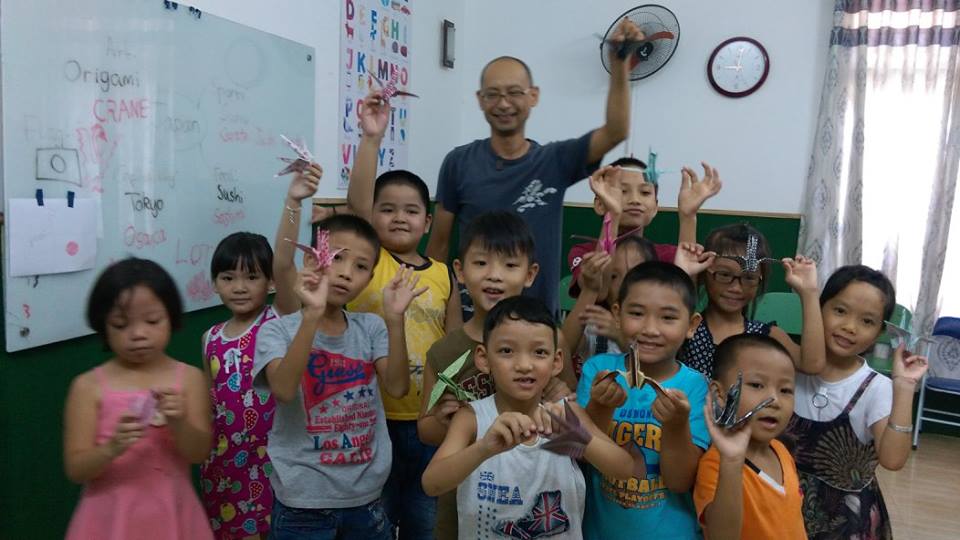 How did I set this up?

I happen to live in a place with a lot of expats from around the world. It wasn’t difficult for me to think of a number of friendly chefs who might be interested in sharing a bit about their home culture. The fact that almost all of our guests were chefs had the dual benefit of them being able to bring a snack for the students. That said, I could have just as easily found people from different countries and made/purchased some snacks from that country myself.

Once I had a list of people that I could picture talking, playing and having fun with these classes, I visited potential guests one by one. Essentially, I was asking these very busy people to give up some of their precious free time to do me a favor. I didn’t think that an email would have been very effective. I stopped by each of their restaurants during slow times for them and presented the idea. As their levels of English were varied, I made sure to make my points very simple. At the end of the meeting, I also gave them the idea in a written form. 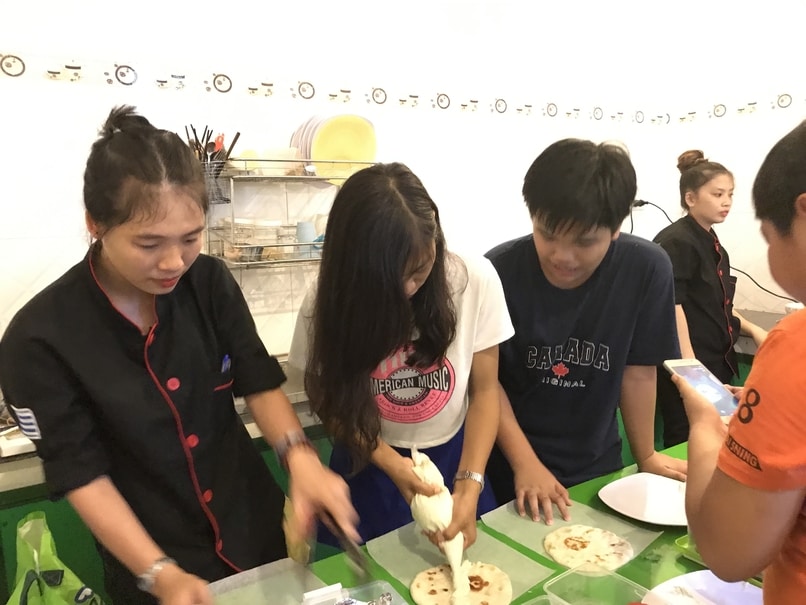 Most of them vaguely agreed that they were interested, but weren’t sure what they wanted to do. I let them have a week or so to think about it, then stopped by again. During the second meeting I solidified their idea of a snack or a project and walked them through what the class would be like. Most of these people had never really worked with children before, so I wanted to make it as stress free as possible.

Once the idea was solidified, we set a date for their visit. A week before this I stopped by a third time to remind them about the lesson (again, they are very busy people) and to make sure we had all the materials ready to make their special lesson a success.

This sounds like a lot of work, and it was. However, if I’d only tried to communicate via phone or email, I feel that there would have been a lot of miscommunication and unnecessary stress. Likewise, as I was asking them for a favor, creating a relationship with these people was appreciated.

What did we do during these classes?

This varied from country to country, but we did follow a basic structure for each of them.

For the Young Learner Classes

Step 1- Find the country on the globe.

Step 2- Take out the students’ international passports and have them color in the country’s flag.

Step 3- The students receive a stamp in their passport for that country.

Step 4- The students are introduced to the guest in both L1 and English. They can ask the guest any questions that they’d like to.

Step 5- The guest shares some food from their country (a small snack).

Step 6- The guest shares a story, does a craft or plays a traditional game from their country.

Step 7- If time, our teacher had an activity planned. If there wasn’t time, goodbyes were said and the students went home.

The teen classes followed the same pattern as the young learners above, however, instead of coloring they had a quiz about the country. Also, their questions were a bit more detailed and therefore took longer to answer.

The four countries that I chose (or that I was able to find people for) were Italy, Japan, Greece and France. The food ranged from souvlaki to takoyaki (just snacks). The activities included origami, greek myths, cooking lessons, a strange version of tag and more. 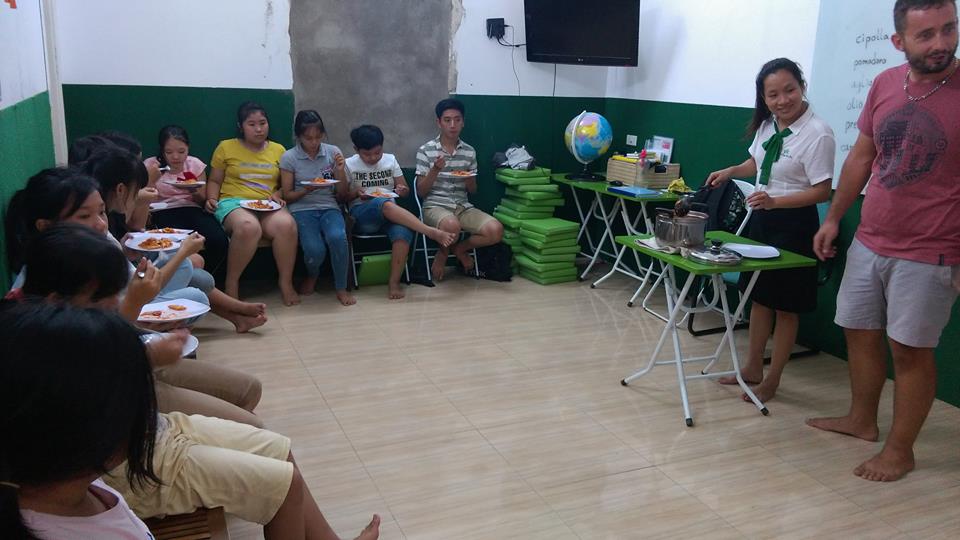 How did it go?

There were mixed reactions from the students about the food. This was a pretty funny turn of events that I hadn’t really considered. A lot of the students in our classes had never tried anything other than Vietnamese food. My Italian friend was especially upset when they didn’t enjoy his homemade pasta. “They just ate the sausage out of it and left everything else!” he said aghast.

That said, the students all tried the food from each country, and seemed to have fun even if they didn’t like the food. There was no controversy whatsoever about the games or projects. All of the kids were thrilled to try out new things. I’ve even stolen a few of the ideas and adapted them for my other classes.

One thing that I was surprised about was the number of questions that they had about the different countries. I suppose that I either thought they knew more about the world, or that they wouldn’t care that much. Here are a few of the questions that caught me off guard:

My goal in all of this was to spark their curiosity about the world and to show them why learning English would help them find their place in it. Given their general excitement to come to the classes, their eagerness to take part in the activities and their increasingly interesting questions, I think that goal was achieved.

These international days were a bit of a pain to set up, and to ensure that all parties had an enjoyable experience. Still, I would do it again. Everyone involved seemed to have fun and get something out of it–including myself. If you’d like to try international days at your school, I’ve included a template of our passport to get you started. You can gain access to this resource by clicking on the button below.
Passport template for teens

< Challenging Your Students
Mastering the Presentation Phase of a Lesson >