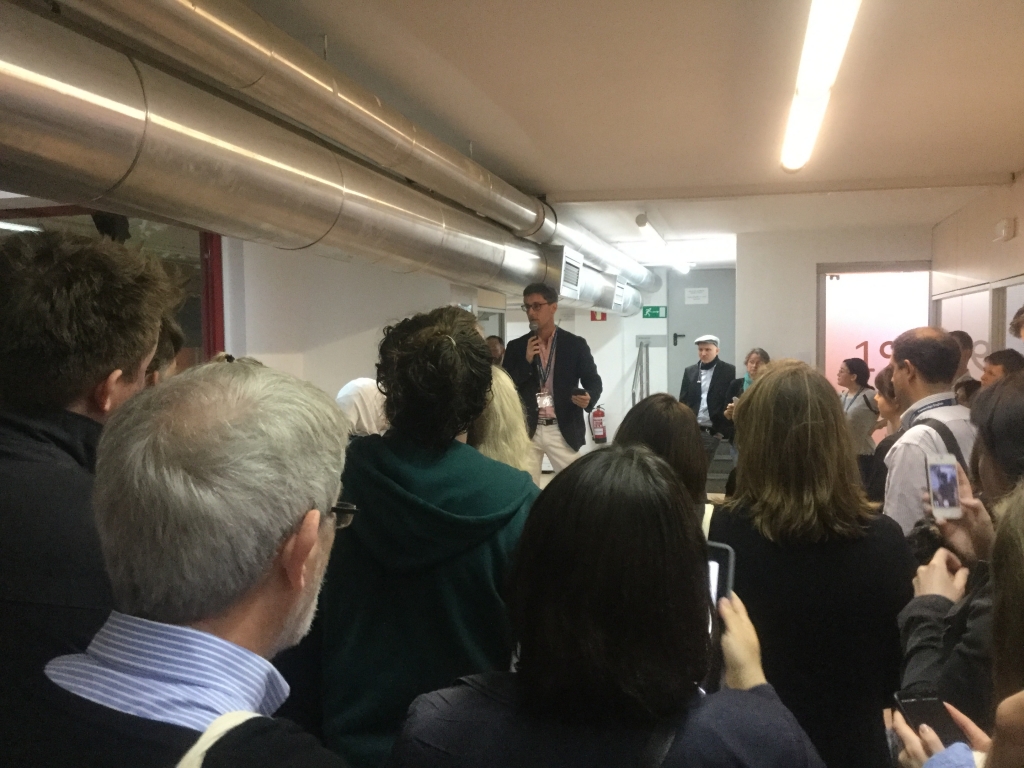 At iELT16 in Barcelona, one of the important issues that was discussed at length was that of native vs. non-native teachers of English. There were a number of plenaries and workshops devoted to this issue of overcoming adversity and stereotypes, as well as in depth conversation about what exactly the term “native speaker” really means. I have often seen adverts on popular job sites using this rhetoric, but never really took the time to think about how this would affect me were I a teacher not born in a country where English is the first language.

Throughout the next two months I plan on doing a series of articles surrounding this issue. I plan on interviewing people from all sides of the issue: students, parents, employers and teachers to get a better understanding of this challenging issue. Read on for my first installment as I interview Marek Kiczkowiak one of the teachers who spoke at iELT16 about his issue. Marek is also one of the founders of TEFL Equity Advocates , a website dedicated to ending these discriminatory practices and making us all better teachers.

Marek will be delivering a webinar on August 13th  entitled Overcoming the ‘Native Speaker’ Bias in Recruitment: Advice for ‘Non Native Speaker’ TEFL Teachers.  Join now to reserve your place.

Also, if you’d like to join in the conversation, make sure to post under the hashtag #teflnativevsnonnative

What exactly is a non-native speaker?

Good question. In a nutshell, someone who speaks a language as a second or foreign language, as opposed to speaking it as a first or mother tongue. In ELT and SLA it’s unfortunately become associated with someone who is by definition not proficient, whose English has fossilized, etc. So often the ‘non-native speaker’ has negative connotations, while ‘native speaker’ rather positive ones.

When was TEFL Equity Advocates formed?

The idea came up in 2014 after a conference talk I gave with my former DELTA tutor. We thought that there was a need for an online space where the issues of discrimination and prejudice against ‘non-native speakers’ could be discussed. It first started off as a blog and then slowly turned into a website and a campaign.

What is TEAs aim?

You can find them here: https://teflequityadvocates.com/about/our-goals/

How does TEFL Equity Advocates achieve these aims? What projects are you currently working on?

First, regular blog posts. There are also monthly webinars, all of which helps raise awareness of the topic and spread research findings. There’s also a Reading list and Videos sections where I add links to freely available academic articles, conference presentations or interviews with ELT experts on the topic. Unfortunately, a lot of research is not publicly available, so I’m trying to spread the one that is, so people can inform themselves about the topic. I also try to encourage schools to adopt equal employment opportunities and add those who do to the Hall of Fame. There are also lesson plans and activities for teacher training and EFL/ESL classes aimed at raising awareness of the topic with students and trainees Finally, I recently started on-line and face-to-face training courses.

Why do you think there an industry bias towards native speakers?

How can employers be assured of the quality of English being taught in the classroom?

Hire professional, qualified, skilled and proficient teachers. Most renown schools and institutions require teachers to have at least C1 level on CEFR and I think that’s fair enough. If you’re still concerned, then ask for C2. However, let’s also not forget that teaching a language is much more than simply being proficient, or a ‘native speaker’. If this was the case, we’d play YouTube videos instead of hiring teachers.

If a student wants to learn a specific type of accent, do you think it is fair for teachers with that accent to be chosen for the class?

Not necessarily. What you need is somebody who can TEACH that accent, which is a different kettle of fish all together. You probably need a voice coach, actually. A student is unlikely to learn by osmosis. They can get exposure to that particular accent through the Internet. But in class, you need someone who is highly skilled and knowledgeable about phonetics, pronunciation and accent-training.

What can a non-native English speaker do to better their chances of getting a job?

Several things. I don’t want to give away the contents of the upcoming webinar, so perhaps just a few quick tips here. Perhaps the most important is to believe in yourself. Many ‘non-native speakers’ that I have talked to seem to actually believe that ‘native speakers’ are indeed better teachers and have the right to better jobs, perhaps because of the market demand. Or, worse still, that nothing can be done to change this. There’s a certain defeatism in that. Also, I’d apply to renown and established schools, such as the British Council or International House, which are the least likely to have discriminatory recruitment policies (check out the Hall of Fame here). But come along to the webinar for more tips 🙂

How can we better inform students about this issue?

Discuss it with them in class. It’s a great topic for debate. For example, who is a ‘native speaker’? Or, imagine you were a director of a language school – how would you hire your teachers? What criteria would you use? Then show them some typical job ads. Usually the students are quite shocked when they find out that ‘nativeness’ trumps everything else when it comes to hiring. Some activities are available here.

Have you ever felt discriminated against? Can you tell me what happened?

Yes. I’ve been turned down for jobs and explicitly told it was because I was a ‘non-native speaker’ on several occasions. The first one was back in 2011. I wrote an article about it for EL Gazette which actually led to the school changing their recruitment policies (you can hear more about it in this 10 minute plenary from Innovate ELT 2016). The second time was two years later. I wrote a blog post about it. There were also other situations. For example, I was almost obliged to take IELTS to prove my proficiency when I applied for a PhD in TESOL in the UK. Almost, because in the end a recommendation letter from my employer turned out to be enough. It was preposterous, though, because my undergraduate degree was done in English, I passed CPE with grade A when I was 17, I have a CELTA and a DELTA, and am an IELTS examiner! But, because my L1 is Polish, I would still have to take a test. There’s something wrong here. Similarly, if you want to become an IELTS examiner, as a ‘non-native speaker’ you need to get 9 in IELTS speaking and writing, but as a ‘native speaker’, your passport is enough.

What should employers do to improve this situation?

What can other teachers do to improve this situation?

Discuss the topic in class (see q. 9). Give a workshop on the topic. Or a webinar. Write a blog post. Support each other in the staff room and value your colleagues for their teaching skills, not where they were born.

Do you think that this will be a non-issue in the next 10 years?

Depends on the region. Possibly in the EU where there are strict anti-discrimination laws. And possibly a non-issue in chains such as the BC, IH or Bell. Also many independent schools are following the trend as they realize that they might actually be losing out on some very highly qualified teachers. So I think it’ll be less of an issue. Teachers, students and recruiters will be more aware of the issue. But it won’t disappear in 10 years. We still unfortunately have to deal with racism or sexism, so I imagine it will be similar with native speakerism.

What advice would you give to new teachers about helping create a more equal TEFL industry?

Be open-minded. Value your colleagues based on how well they can teach. Discuss the issue with your students. If possible, choose schools that offer equal employment opportunities to both ‘native’ and ‘non-native speakers’. If you see discriminatory job ads, comment on them. Support each other in the staff room.

If you’d like to hear more from Marek, make sure to check out his upcoming webinar.