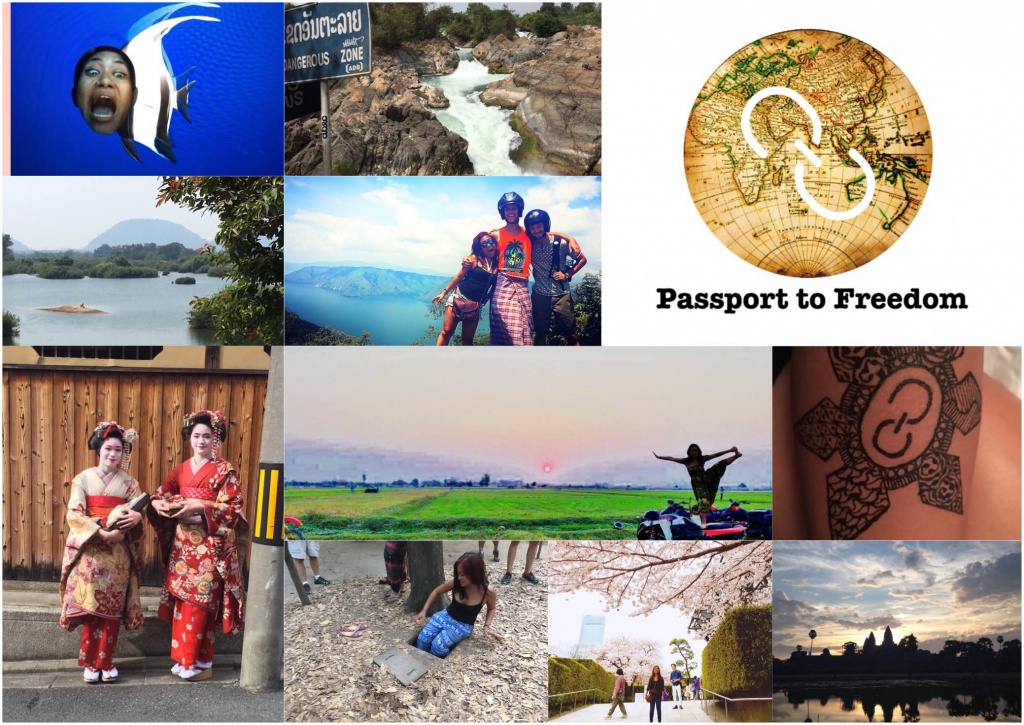 Elfie Tan has spent the past year developing and marketing the new app, Savant. This app offers an unprecedented amount of freedom for both teachers and students. Read on to find out how working and using the app has been a transformative experience for Elfie.

A lot can happen in a year, so much in fact, that 2014 seems like a different lifetime.

In less than 11 months, I have moved from one side of the planet to the other. . . twice. I’ve visited 17 countries and 29 cities. On top of that, I’ve become a teacher and then the Product Owner in the development of a new mobile app.  It’s been a wicked ride. 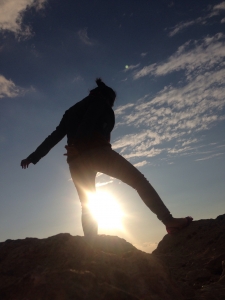 There aren’t many holidays in public relations and marketing; though I lived a trendy lifestyle filled with networking and press events fueled by expensive alcohol, the office politics and dog-eat-dog mentality left me feeling drained and trapped. A few of my friends in KL (Kuala Lumpur) were living lives as TEFL teachers, so I took a course with TEFL Express, and I started teaching.  I got great holidays and decided to take advantage of the time off by travelling through Europe with some friends.

One of my travelling companions was a 26-year old app developer from Berlin. While we traveled through the Balkans, he told me about his life as a digital nomad. Here’s a sure way to spot one: they often wear a rucksack on their back and backpack on their front, the latter houses their source of income. 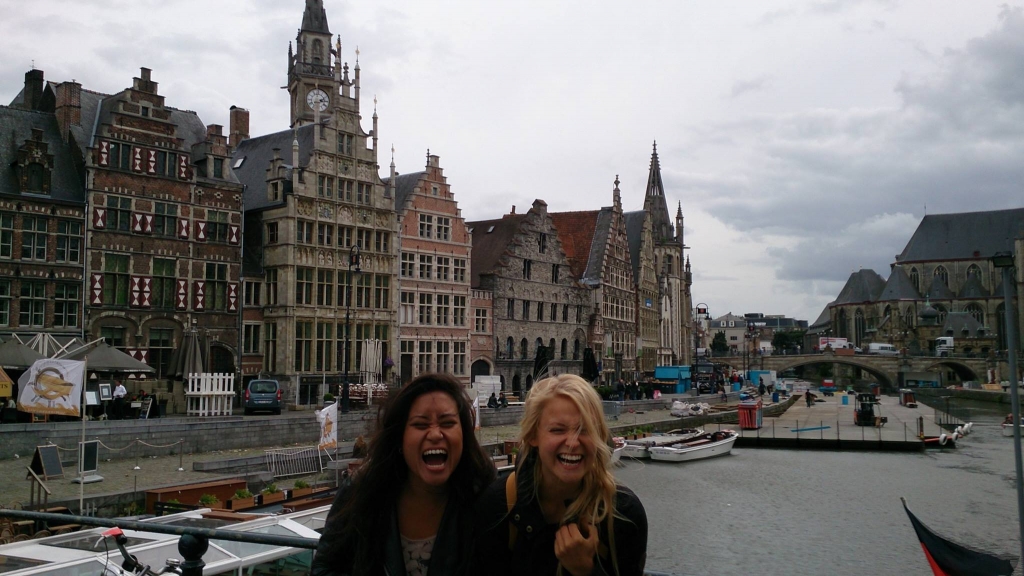 The spontaneity of the digital nomad lifestyle inspired me. While I traveled, the excitement of the unknown scared me and flooded my mind with adrenaline and dopamine on a daily basis; what an addictive drug this was. To not know where you will be in a few hours makes your mind bend and grow in ways that it normally wouldn’t. Fly to Budapest, eat amazing food and visit cave bars, then take a sleeper train to Dubrovnik, walk through the beautiful castles where “Game of Thrones” is filmed, then catch a bus to Guča to experience the Balkan Brass festival.

When I returned to London, I had a Skype meeting with my boss, Keisha. She is the voice with no face behind TEFL Express, the “no cameras please!” mogul who sent sound bytes of her silky jazz voice over email and Skype. She felt a bit like the friendly and eccentric voice behind Charlie’s angels, minus the angels and plus a few misfits.

Keisha wanted me on a new project developing a mobile app called Savant. This was my second month with the company working as a freelancer. I’d received a recommendation from a friend in Kuala Lumpur, and only then did I realize that TEFL Express had already given me my passport to freedom.

I just had to use it. 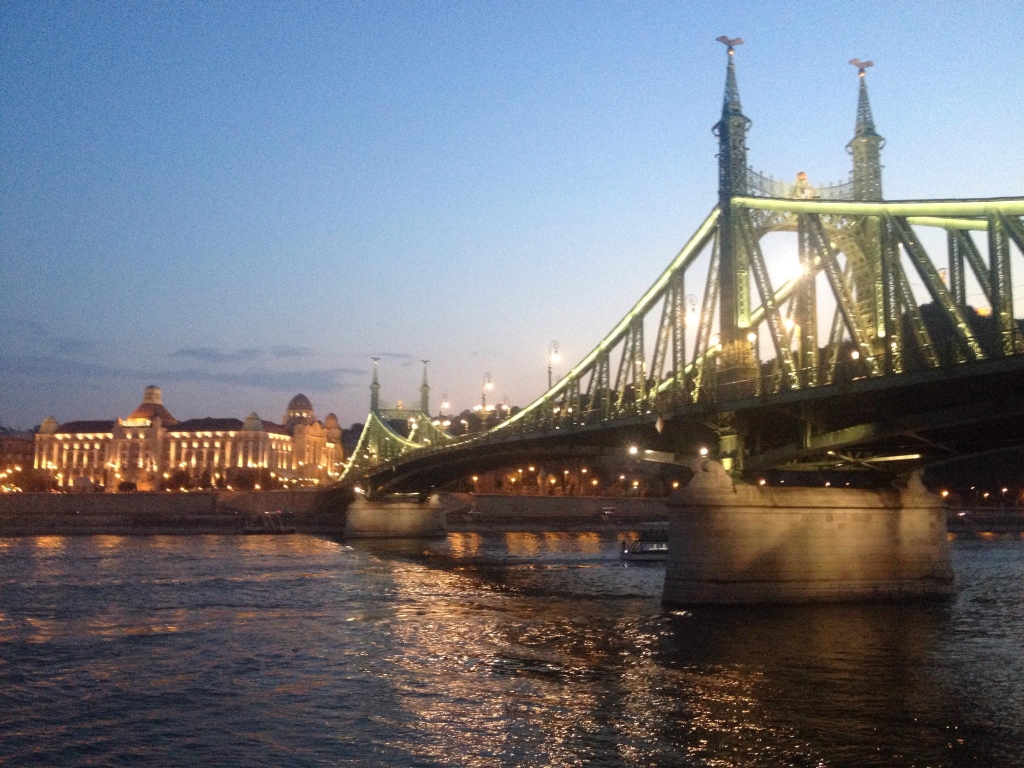 Perhaps it was the adrenaline from not knowing which country I was going to be in next or the excitement from discovering new places and cultures, but my enthusiasm for my job became infectious and soon after, I was managing the whole Savant project.

Not only could I travel the world as a digital nomad, but what I was working on would give other people the opportunity to do the same as me: discover, learn and teach. This is something that drives me, and it is the very premise behind Savant. It gives TEFL teachers and English students the chance to find each other and affords them the flexibility to teach and learn as, and when, they please.

My enthusiasm for Savant’s cause may have been fed by the rebel in me, as this was one of the first projects I’d worked on which I could really get behind. Advocating freedom, flexibility, discovery and independence has resulted in exponential personal growth for me in the past year. It hasn’t been easy, it hasn’t always been comfortable, but it has always been both exciting and terrifying.

Terrifying may sound like a bad thing, but it’s not. Living this kind of life presents me with daily opportunities to do at least one thing a day that scares me.

One such terrifying concept, was meeting and trusting strangers on a day-to-day basis. As a result, I gladly grew to be a person I never would have imagined possible in London. It is now normal for me to share a room with a stranger, meet a stranger on the road and end up spending the rest of the day with them. This trust and reliance on strangers has forged some of the most unusual and rewarding friendships. It’s something that my colleagues at TEFL Express have placed great value in since they’d first started working in the industry.

In my old life, most days I would wake up and have a day planned around getting to work on time, then coming back home and sitting in front of a TV or drinking the night away in my local pub. In my new life, mornings are exciting because I have no idea where I could be in a few hours.

One such morning I woke up in Osaka, jumped on a bullet train and ended up in a late night Tokyo bar meeting great people, and drinking fantastic shōchū and sake until the sun rose over the Asakusa temple.

The past year of working on Savant reminds me of a moment 5 years ago. I was a graduate in Biomedical Sciences, unemployed in London during the credit crunch. I had applied for a Masters at one of the top journalism schools in the UK. The course had an entrance process involving a ten-page application, a portfolio of writing samples and three stages of interviews.

During my first phone interview with the course leader, I was asked why I wanted to be a journalist when I already had a bio-sciences degree. I said, “I studied bio-sciences because I am curious about the world. I believe that learning is something that a person must do every day to grow and move forward. Without learning, we stop moving and become stagnant. Journalism is one job in particular that forces you to learn every day. For this reason, I want to be a journalist; to work and live a life of persistent learning.” The course leader gave me a place on the course immediately, allowing me to skip the rest of the interview process.

The value that I place in learning has only increased since that interview, and I have also discovered that I learn as much from teaching as I do from being taught. So now I am advocating the Savant app, because it advocates me.

The Savant app is now available FREE in Vietnam and Colombia on Google Play and the Apple Store on Android and iPhone 5 with IOS 8.0 and above.

I’m available here on a regular basis as the story unfolds!  Let’s grow!

Have you considered a paid practicum in the UK or Ireland?
A Sixteen Year Old in Vietnam
The goods and bads of becoming a TEFL Nomad: What no one ever tells you