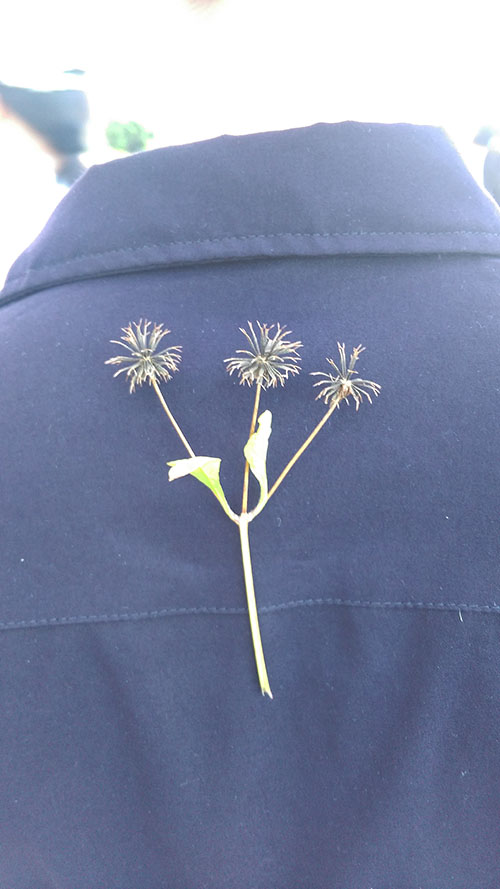 Son Tra is a Peninsula located in the northern region of Danang, Vietnam. It’s home to thousands of endemic species of plant and animal life such as the red-shanked douc. It is also home to a 1,000 year old banyan tree! It supplies enough oxygen each day for over four million people. It’s a beautiful wild place to walk around and explore, but recently it has come under threat due to development projects and resorts that, while trying to exploit its beauty, would also destroy it.

It’s an important environmental battle that’s been taking place over the last few years, and has often come up in some of my school’s teen classes. Though the students will almost always side with the environment, they didn’t seem to understand what was so special about this place, that is so close to where they live. This led to our recent excursion to the peninsula so that the students could see what the debate was all about.

Read on to find out how our teen excursion to the Son Tra peninsula went. Or, if you’d just like to get a step by step plan for organizing a similar event, you can gain access to a checklist by clicking on the button below.

Much of the excitement of the trip was to see some monkeys, especially the red-shanked duoc, in its natural habitat. Le Thi Trang, the vice-director of GreenViet, informed us that there were two times when the duocs would be visible from the path, either at dawn or dusk. As it would take over an hour to get from our school to the hiking path, dusk was the only option that didn’t require leaving at around 4:30am. So, we met at the school at around 1:30pm. All of the students were decked out in sun hats, hiking boots and long sleeves as we’d instructed them earlier. Though they were excited, when asked, most of the students weren’t really sure what we were going to do that day.

The bus quickly filled up with all the students who had registered, and the trip to Danang was filled with songs and impromptu games. It was clear that these students didn’t often have the chance to go on field trips at their regular schools. They were oddly well behaved, and my fellow teachers and I began to believe they were fearful that if they weren’t good, then they wouldn’t have a chance to go on any field trips in the future. Cute–but a little sad. 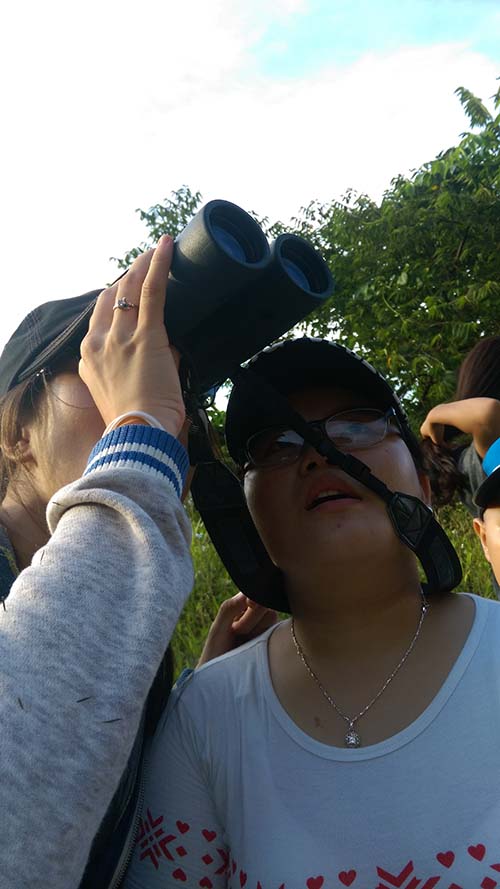 GreenViet is the non-profit organization that helped us to organize the trip. It is this group that is at the forefront of the battle to stop development projects on Son Tra. They are active in the press and trying to inform citizens of the region about the peninsula. They were able to get hundreds of thousands of signatures to petition the government to ban building on the peninsula, which will hopefully be successful.

I’d heard about this group from a friend who works for the IUCN. When I contacted GreenViet about having my students go on a nature hike, they were more than accommodating. In fact, it’s something they’d been doing with Danang families for the past year. The idea being, if people don’t know anything about the peninsula, why would they fight to save it?

We met up with the GreenViet guides at their office, and were given a presentation about the endemic species of the area. I was personally surprised that there was so much plant and animal life that could only be found on the peninsula–so were the students. After the presentation, Trang split the students up into teams. Each group was given a specific mission, to find evidence of different things: human interference on the peninsula, invasive species, proof of animal life (including footprints and feces). The students took photos throughout the walk; these photos kept them focused on the larger picture.

When we hiked around the peninsula, Trang would stop us from time to time to point out beautiful, interesting or bizarre bits of nature. We walked at a much slower pace than I would have on my own. However, walking at such a pace allowed us to see things differently, to look under rocks and see what was living there, to observe tiny plants whose leaves closed at our touch, to listen to the sounds of birds and insects. I reached a zen state, possibly due to the abundance of oxygen, possibly due to the smiles on the faces of all the children. At one point I simply closed my eyes and breathed deeply. The air tasted good. 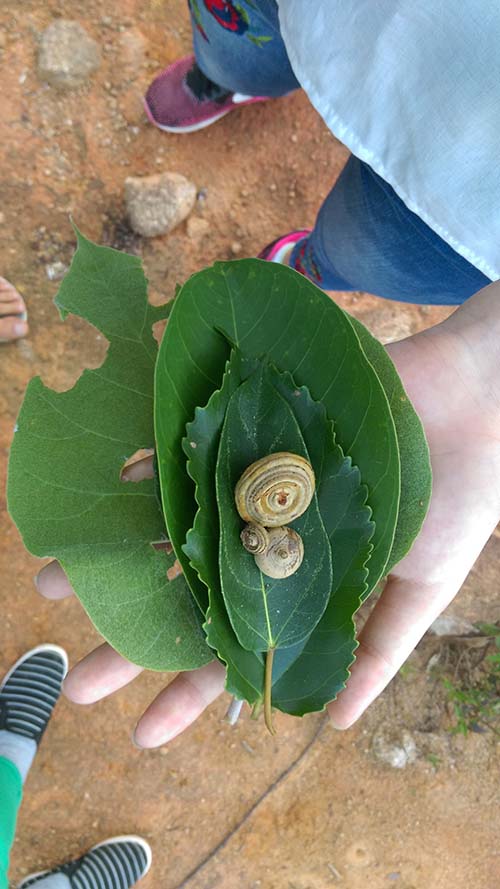 GreenViet had also provided our excursion with a scout who would go up ahead and try to spot the elusive red-shanked duocs. We were very lucky that day and were able to see several of the duoc families during the course of the outing. These monkeys are endangered, and only a few hundred exist on the entire peninsula. The students were told to keep extremely silent as we hiked near the troops of monkeys. We observed them through binoculars and telescopes, each of us impatiently waiting for our turn.

One young woman, when she handed over the binoculars to a fellow teen, was crying. As she took off her glasses and wiped the tears from her eyes, I asked her what was wrong. “Nothing,” she replied, “It’s just so beautiful. I’m so happy.”

Granted she may have been being a little overly dramatic, but there was something about being amidst nature. Again, all of these students had heard of the peninsula, but not one of them had actually been on it. I felt the same way, it’s very different talking about a thing vs. seeing it. All of us were struck with the same feeling that there was something special here, and that it should be protected. 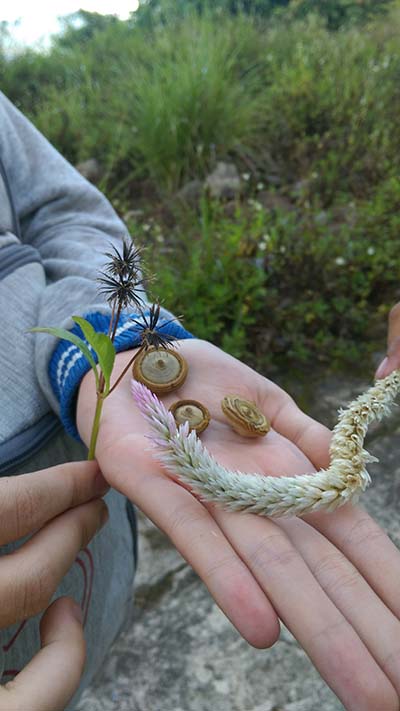 After our hike, we had a quick wrap up session with Trang. She reviewed all the photos we’d taken and made bullet points of the things that we’d seen and key features of Son Tra. Most of the day was done completely in English, and even though some of the vocabulary was beyond the students, they didn’t seem to have any problem understanding. This was partly out of having a context (actually being there) and heightened interest.

As we drove back to the school, most of the students were quite sleepy. Only a few of them were rowdy in the back as the rest dozed off with images of exotic bits of nature in their heads. I was sat next to one of the youngest students on the trip. He is only eleven years old. He looked up at me before he zonked out and said that today was the best day of his life. 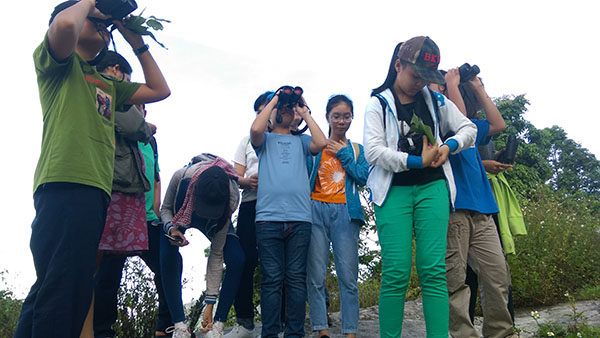 In the end, if you are considering doing a field trip with your students, I’d highly recommend it. It’s important to get out of the classroom from time to time and use the language, not just practice it. Also, if you do it well, field trips involve minimal cost and effort on the part of the teacher or the school. If you’d like a step by step checklist of how to organize an event like this, you can gain access to the resource by clicking on the button below.
Field Trip Checklist

< Using Circumlocution
So Your TEFL Class is Being Observed… >