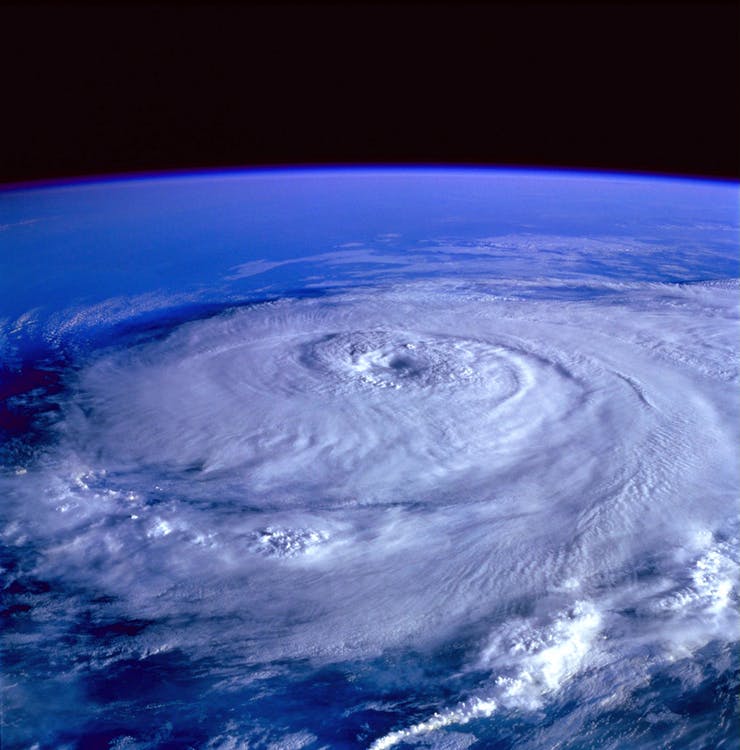 Over the last few days my community of Hoi An, Vietnam has been hit with a typhoon that has resulted in destructive floods all over the city. Earlier this week, many of the teachers were flooded in with water coming into the first floor of their house. In these cases they were forced to live on the second floor, eating out of tins and nervously watching the water levels rise and trying to decide if evacuation was the best option.

I have been extremely fortunate as I live in an area that hasn’t flooded. Also, the school itself has remained above water, so there won’t be any permanent damage. I drove around just after the storm, to check out the state of things. What I saw were people fishing from major roads, throwing their lines in what was once a rice paddy. I saw people scrambling in the markets trying to stock up. I saw enormous trucks with over forty people in the back being evacuated from flood areas. I saw small wicker boats heading to houses trying to offer aid. 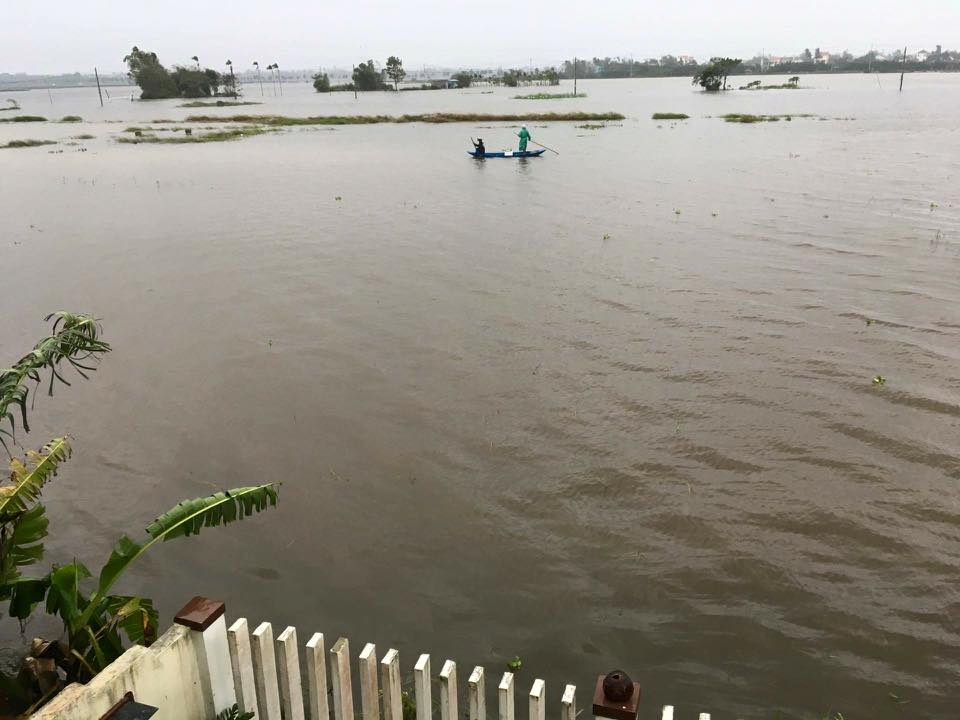 In some cases, the currents of the incoming surge of water was too strong, and boat owners were discouraged from trying to rescue people. Needless to say, the public schools and my language center have been shut. Luckily, everyone from our little teacher family is safe and the water levels are starting to recede.

This experience made me think about just how vulnerable people are, especially when they aren’t in their home country and don’t have the support network that they might be used to. What follows is a short post of advice that I have for expats living in any country to stay safe during emergency situations.

During the storm, everyone on our team and in our community of friends was in constant contact. Yes, there was a lot of misinformation saying that the storm/flooding would either be more or less severe than actually was. There was one point that a rumor was spreading that the dams were breaking and soon the flooding would be considerably worse. This wasn’t exactly true.

Either way, being connected when you are trapped on the second floor is key to keeping sane. Also, if things do get out of hand, you are able to ask for help. Keep your phone charged as long as possible and get a back up battery. 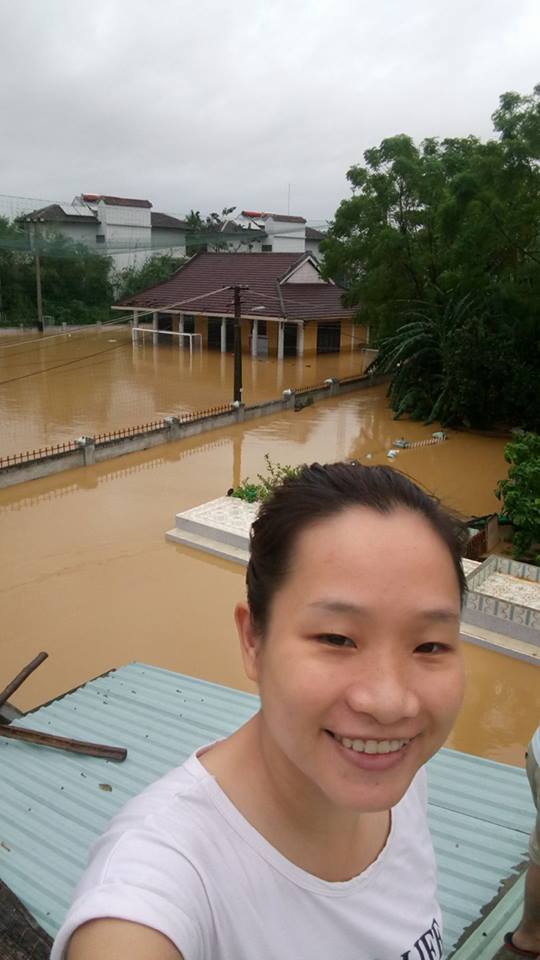 Talk to and Observe the Locals

Most of the misinformation that was being spread was by the expat community. If you want to gage just how bad the situation is, try to ask people from the local community. If they’ve spent their entire life there, they’ll likely know when it’s not that big of a deal and when it’s time to panic.

Watching how local people deal with adverse weather conditions is a good practice as you’ll learn how to deal with it and when it is safe again. I was very proud of my community. I saw loads of Vietnamese people helping each other in any way possible–even joking together in the face of tragedy.

Have Some Backup Rations

I’d been told in the past to keep a small box of canned goods in my house in case of flooding. I thought that this was a silly idea as I never imagined it would get so bad that I wouldn’t be able to get out of the house. Even if I had to swim, I figured it wouldn’t get that dire.

Now that people are dealing with the reality of the situation, I understand this advice. The water is fetid and in some cases crawling with snakes and other organisms that can leave you with a pretty nasty rash or bite. I was told that if I do go through the water that I should take a bath in vinegar. Suddenly, the idea of keeping some backup rations seems like a good idea.

This time around, though I no longer live in a flood zone, my wife and I kept thinking the power was going to go off at any moment. We tried to keep everything charged, kept flashlights at the ready and had plenty of candles. Also, as our stovetops are electric, we cooked loads of food just in case. I even went out in the storm to buy a little camping stove just in case.

It didn’t get that bad…but having the items ready made us feel cozy instead of on edge. There’s no harm in some canned goods sitting in your house. 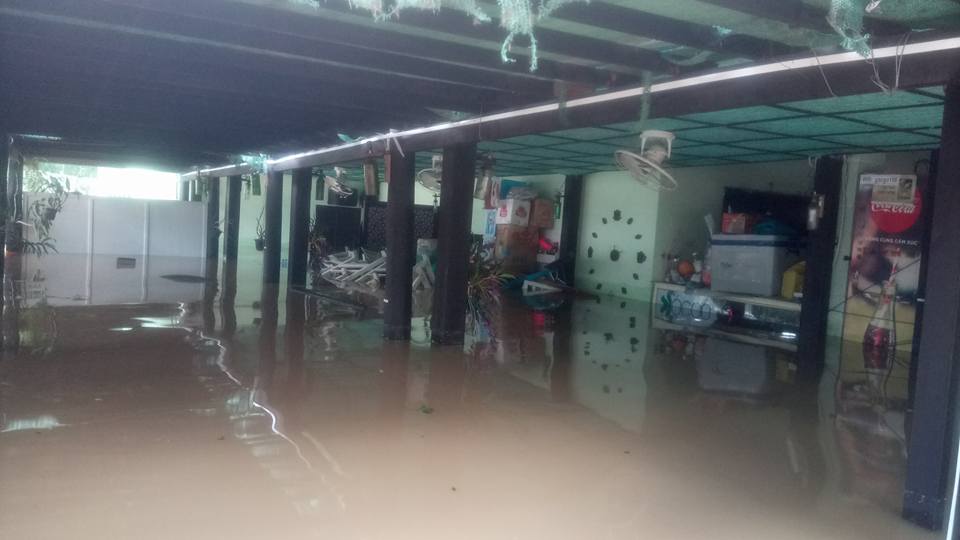 Don’t Let Things Get Out of Control

Similarly, know when it’s time to ask for assistance. A long time ago when I worked for the national park service in America, I remember hearing from rangers how the most common deaths in nature were from people trying to downplay their situation and not take the necessary steps for survival. It’s embarrassing to ask for help, but sometimes, if you wait too long, help may not be possible.

In our case in Hoi An, there were times when people could evacuate their houses. However, when it got to high tide midday, if you hadn’t gotten more supplies or evacuated, there was simply no way for you to leave or for people to get to you.

The key is to stay smart and stay calm. Have a plan, even if the scenario you’re planning for seems ridiculous.

If you have a TEFL tale that you’d like to share, either about surviving extreme weather or even just an extreme classroom situation, I’d love to hear your story. You can submit your story idea by clicking on the button below.

Have You Thought about Where and Who to Teach Yet?
The Art of Fun
The Many Roles of a TEFL Teacher

< The Art of Fun
Will Changing Countries Solve All of Your Problems? >