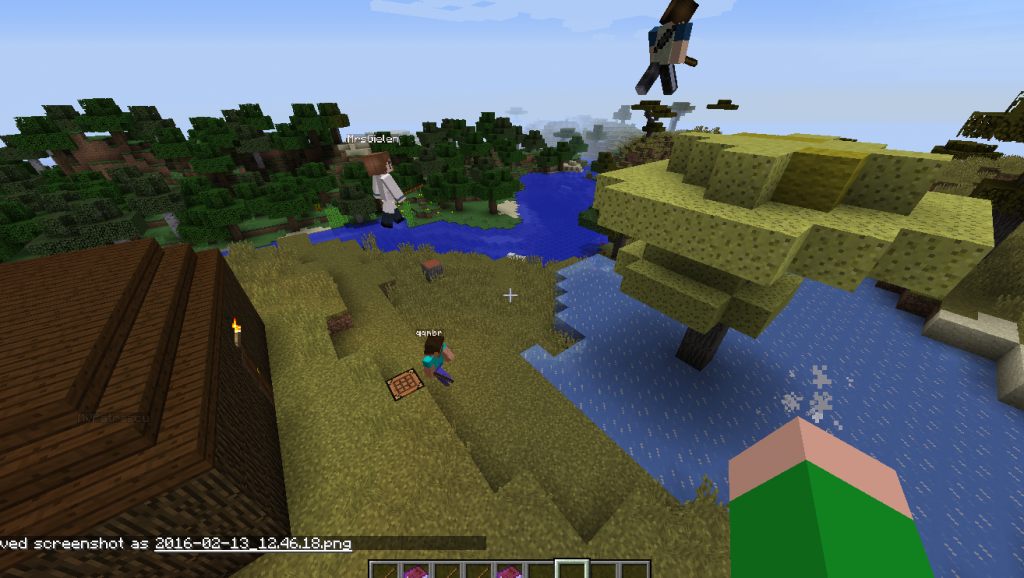 More than likely the above image is more than a little familiar. Minecraft has been around since 2009 and has continued to rise in popularity around the world since that time. In fact, it is poised to be one of the first massive online games to make it to Oculus Rift, the virtual reality system.

Minecraft describes itself as a sandbox where one can build things, meet peers and simply play. Read on for information about why you as a TEFL teacher should care about Minecraft, how to use it in your classroom and how you can get free training on using Minecraft for educational purposes.

The Electronic Village Online (EVO) offers free professional development in computer assisted language learning (CALL) and other skills beneficial to language educators. It’s a CALL Interest Section initiative, sponsored by TESOL, that focuses its sessions on topics that would be useful to an English language teacher attempting to modernize the classroom. They have been running free sessions annually for the past sixteen years.

The courses offered are things like CLIL (Content and Language Integrated Learning), ICT for English language teaching, and using online games in virtual worlds and in the classroom. For a full list of the 2016 sessions, visit this page.

EVO runs classes annually, and many of these will likely be offered again next year. You can join these sessions in early January each year, and they start a week later that month.

The Minecraft MOOC (massive open online course) was running their second consecutive session this year and the idea of using this kind of a game for teaching English sounded exciting to me. If you think about it, Minecraft is whatever you make of it. In that sense, it is a classroom without borders; be they physical or digital. I was excited to meet the team organizing this session.

Oddly enough, the moderators for the session weren’t Minecraft pros. Instead, they had started as experienced English teachers who wanted to learn more about Minecraft and thought involving others in an EVO session on the topic would provide the needed impetus to help them figure it out. “We didn’t start as people who knew how to play Minecraft, we kind of flipped it,” said Vance Stevens, who co-ordinates the course.

“We didn’t start as people who knew how to play Minecraft, we kind of flipped it,” - Vance Stevens, co-ordinator.

Here’s a brief history of how these English teachers became the Minecraft nerds that they are today. Marijana Smolčec, one of the moderators, has a young son named Filip (also a moderator; definitely the youngest). Marijana and Filip are from Croatia and English is not their first language, but Vance Stevens, who at that time was becoming interested in Minecraft, had the idea of encouraging Marijana to write an article in TESL-EJ about how Filip had achieved near-fluency in English through his engagement with a community passionate about Minecraft.

Like others of his generation, Filip was much better at Minecraft than most adults. Much of the useful language being used by Filip was in trying to teach others how to use the game; e.g. through his YouTube video channel .”People actually learn better when they teach you…” -Marijana Smolčec told me when explaining how this worked.

“People actually learn better when they teach you…” -Marijana Smolčec

The article was published in the TESOL English Journal. Soon afterwards, after enlisting some of the teachers that had researched their article, they got the project going with EVO and two years later, here we are, a free course for an inexpensive piece of software to help you tear down boundaries in your classroom.

I had the chance to interview the moderators via Google Hangouts about a week ago. I’ll speak more about the course later on in this post, but if you’d like to see a live recording of the interview, you can do so by visiting this link. Before I go any deeper into the Minecraft MOOC, let me tell you why I think English teachers should care about Minecraft.

What Kind of Activities Can I Do With Minecraft?

To get your imagination going, I’ll give you a few examples of things that were created during the course. All of the moderators agreed, as did I, that Mircea’s rollercoaster was one of the coolest things created in that EVO session. Imagine you are a child walking along when you suddenly see an awe-inspiring enormous roller coaster. You walk up to it and want to go for a ride. Before you can, you must answer a number of questions correctly.

Imagine the motivation that Mircea’s creation inspires for a young child. This is a sort of tangible reward for accomplishing a number of learning objectives. Those of us who played video games when we were younger (uh, yeah…younger…not now) will remember the sense of satisfaction that was gained from defeating the final boss and being treated to a short video reward. I blush to think ofÂ the number of hours that were wasted trying to defeat aÂ game, but imagine if you could get that same motivation out of a child, but with more lasting benefits than sore thumbs from hitting the buttons on a controller.

Another example that was mentioned during the course was Jeff Kuhn’s use of Minecraft to teach creative writing to his students. Jeff created an unstable environment full of zombies within Minecraft that the students had to try and survive, and then manage the resulting apocalypse. Afterwards, everyone had a context, and the vocabulary, for writing on disaster management, as per the course objectives.

I’ve also heard of similar stories where, through Minecraft, students can go on tours together of model cities and ruins. Think what it would take to actually get a group of students to the real Machu Picchu. However, in Minecraft, if someone’s already made a scale model you just need to be invited as a class to their server, or better still, find a map that will recreate the build on your own server. 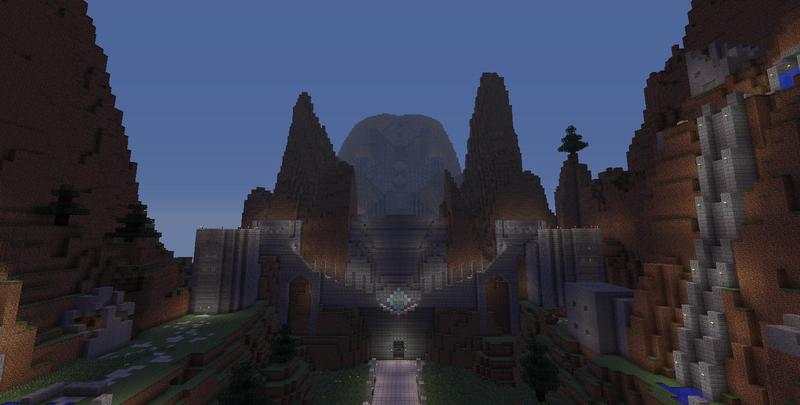 A less grandiose use, but one that most TEFL teachers will recognize from their own classrooms, includes giving and receiving step by step instructions. After all, to thrive in Minecraft, one has to take raw materials and combine them to create other materials. Some of these ingredients are quite rare; some of the crafting quite complex. One very practical thing that can easily come from the game is getting students to follow, or create their own, instructions that will help each other craft valuable items.

Where and How Would This Work?

Just like the TEFL classroom, Minecraft is a world of infinite possibilities for language games. Unlike the physical classroom though, a Minecraft community does not necessarily need to be located in the same room, school or even country. Instead of pen pals, your students could have encounters, excursions and adventures with students from other countries!

That said, there are a number of limitations. Each user of Minecraft will need to pay roughly $30 as a one-time fee. Depending on where you are located this may or may not seem like a large amount of money. There are special deals for educators, so check out this website to see if you, or your employer might be willing to foot the bill. 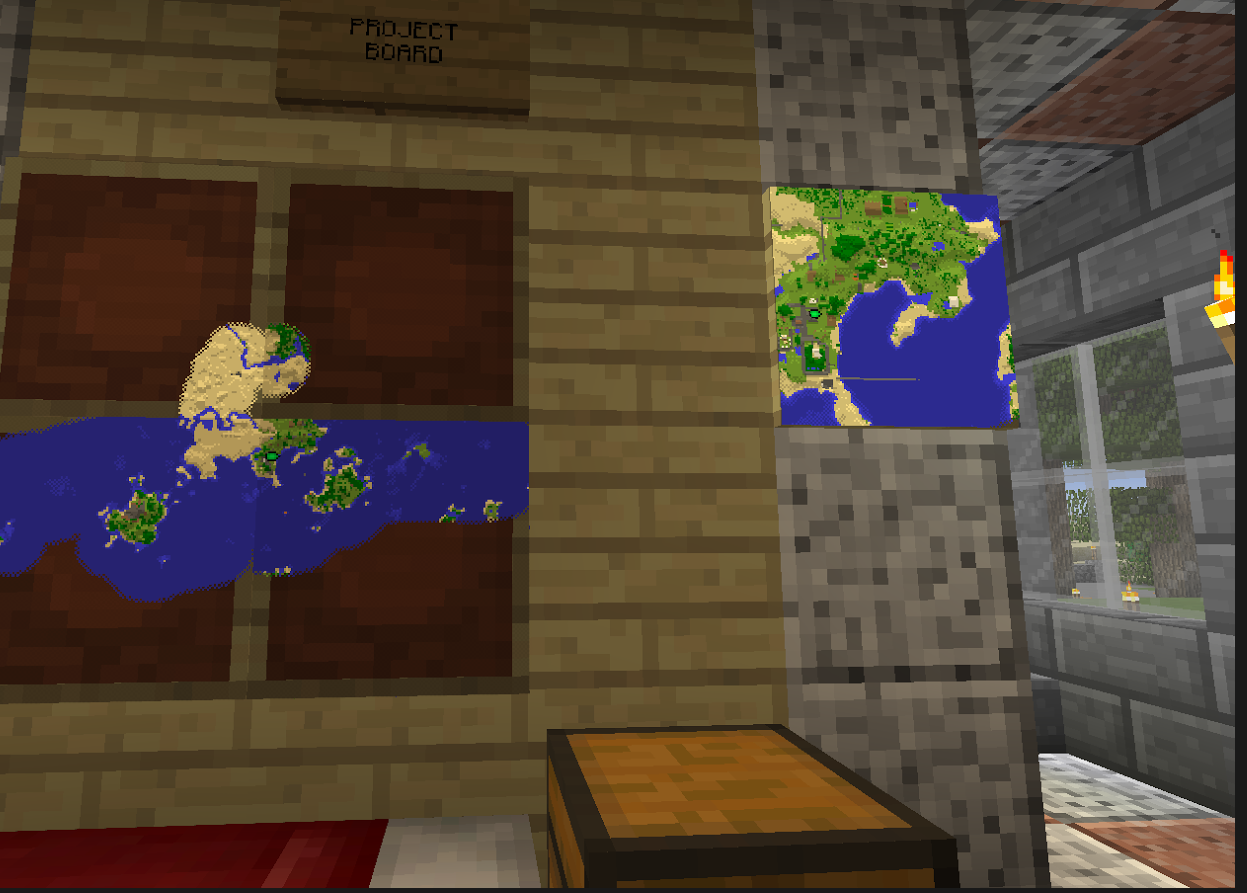 The second difficulty is in setting up a server for your community. Although once you’ve paid for a user name, all client and server downloads are free, this requires some technical know-how. You have to be the sort of person who has a reasonably good idea of computers and has a bit of a technical background, or at least willingness to learn.

The good news is that the Minecraft community is massive and extremely helpful. If you have the drive to make this work for your classroom, you will be able to find step by step instructions for just about anything to do with Minecraft online.

Good news, that’s exactly why Vance Stevens and his team created the EVO Minecraft MOOC. The course had a wide range of students with different ability levels and interests. There were people who seemed to know everything there was to know about Minecraft and were already using it in their classrooms as well as middle-aged people who had never before played a video game.

The EVO Minecraft MOOC follows the following format: Orient, Declare, Network, Cluster, Focus. “Orient”, in this context, simply means getting used to the format of the course and learning how to communicate with everyone. The other phases are about discovering your own interest in the course and eventually networking to find other people with similar motivations. Together, you will be able to achieve the goals you set out to accomplish. A short and useful video that explains this format is available here .

The next round of EVO sessions will be in January next year, but don’t fret, there’s plenty that you can do to get started right away. By clicking on the button below, you can get a pdf full of useful links on how to get started with Minecraft. I hope you and your students have fun in the Minecraft sandbox.

< I’m not a native English speaker, where can I teach?
Lesser Known Destinations to Teach English in Japan >