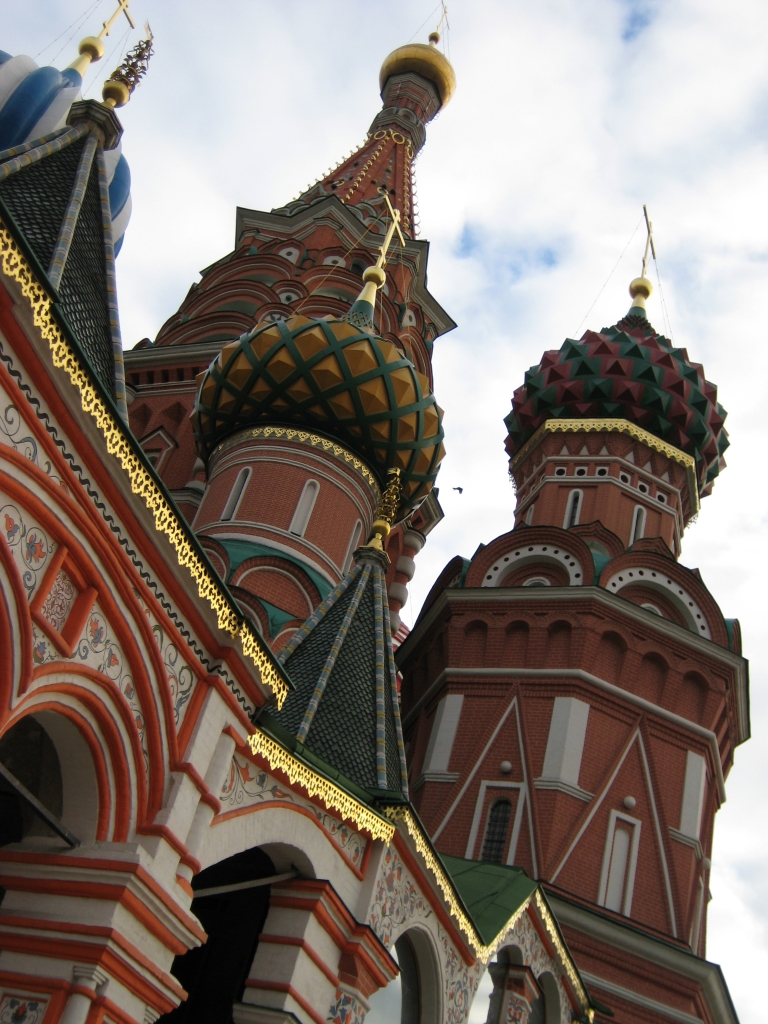 Sebastiano is a TEFL professional who has been teaching for over seven years in a variety of contexts. Read on to hear his tale of living and working in the vast metropolis of Moscow. Also, by clicking on the link below, you’ll have access to local companies, sites for learning the language and ways of making life in Moscow that little bit easier.

Moscow does not believe in tears

“After living in Moscow for one year, my soul feels like a raisin”. I knew Russia’s capital wouldn’t be an easy place to adapt to, but hearing these words from a British expat a few days after my arrival made me wonder whether my partner and I had made a terrible decision in coming here. Other expats I ended up meeting provided me with similar daunting accounts of their stay, yet I soon found out that for every one of them, there was also someone who could swear Moscow was the best city in the world. It’s fascinating how differently Moscow allows itself to be experienced by those who courageously – or naively – choose her for their next TEFL destination. It is a city of deep, sharp contrasts that lends itself to be appreciated only by those who are willing to work through the façade of grey Stalinist-era buildings and the unfriendly appearance of the regular muscovite. It can be a lot of effort, but the rewards are immense.

Moscow has plenty to offer: from world-renowned art galleries and architectural sites to a well established live music scene, there is no way you will get bored. If you ever start feeling dizzy from attempting to take in the unmanageable amount of art this city as to offer, there is no better way to replenish the spirit than by hiding in one of the many cool cafes or bars scattered throughout the city. Transportation will seldom be an issue: Moscow’s metro is the 6th longest subway system in the world and its 190 stations are usually never more than a 15-minute walk from each other. Built during the Stalin era, most of the central stations are made to resemble luxurious palaces and alone represent one of the architectural marvels of the city; going through this grandiose underground rarely is a daunting task, unless it’s peak hour and you are getting pushed around by mobs of angry old babushkas. That too, however, if approached with a pinch of comedy, will add positively to the whole affair.

While main attractions and venues can be easily found and reached independently, there are hundreds of hidden places that only the locals seem to know of, and which would be a sin to miss out on. Sticking to the large expat community for your social outings is often the easiest option, but also the most limiting, so try befriending a local as soon as you can, and gift yourself with the experience of seeing Moscow through the eyes of a Muscovite. You will not regret it.

Speaking of friendship, Russians tend to be quite cold (at least in western terms) at the beginning, but radically warm up as soon as the friendship starts developing. Don’t worry if you don’t get any smiles for the first few weeks, they are probably not hating you nor plotting against you, just sussing out whether you can be trusted or not! While some Muscovites, especially the younger generations, do speak some English, be prepared to be faced with blank stares when trying to speak in anything other than Russian. This is especially true when venturing outside of the city centre. Signs for major attractions and roads are usually translated into English, but beyond that, you will be dealing with the Cyrillic alphabet for pretty much everything else that you will come into contact with throughout your day. It’s part of the adventure.

While having an understanding of what the Russian words actually mean is not strictly necessary at the beginning, knowing how to read words (i.e. knowing what sound is associated with each Cyrillic character) definitely is. It’s not as difficult as it may appear. For example, the letter P in Russian language makes the same sound as the rolled ‘r’ in Spanish, while letters E, M, O, and T make similar sounds to their respective characters in the English alphabet. Can you now read the word ‘METPO’ in Russian?

One of the most rewarding experiences in Russia, along with slamming down shots of delicious vodka and gherkin juice, is travelling. Russia is the largest country in the world, so it’s not difficult to imagine the amount of diversity that nests within it. Best way to get around? The rail. Russia’s railway system is the second longest in the world, and it’s something the locals are quite proud of. The experience of travelling overnight (or sometimes multiple days) is a rewarding endeavour on its own that rarely will get you to your destination sober, especially if you are a foreigner. While the first hour of travelling is usually set for settling into your bunk bed, the hours leading to bedtime often turn into a lively party that gets most people in the carriage (at least those willing) getting together to chat over shots of vodka and snacks. If you are feeling adventurous, why not go all the way and take the Trans-Siberian Railway to Vladivostok?

With the steady growth of the Russian economy that started in the 1990s, the demand for English teachers has increased exponentially. While big language centres, such as Language Link and English First, often have positions available for teachers coming from within or outside the country, jobs can also be easily found within the myriad of smaller English language centres around the city. Click on the link below for useful job hunting sites and for a list of some of the major language centres.

Back in the day, there were some horror stories circulating about ‘prison schools’ where teachers were forced to work for less money than agreed upon, and their passports were withheld until the end of the contract. Fortunately, it appears that such cases are a thing of the past, and I personally have never met anyone who got stuck in any of these shady deals. That said, make sure that the school is providing you with a regular work permit and contract, and that it is not blacklisted on any of the major ELT websites and forums.

Pay in any of the language centres across town usually ranges from 18-25$ depending on qualifications and experience, and many contracts offer a bonus upon completion. If you want to make some extra money on the side, I highly recommend getting a couple of private students as they tend to pay quite well (30$+/hour), especially if requiring English for business purposes. Depending on the job, and amount of work you are willing to do, expect to get anything from 1500$ to 3000$+ per month, which is more than enough to live on and also save. Rent will be the highest expense, with small apartments costing around $600 per month, while the rest is considerably cheaper than Western Europe.

After two years of living in Moscow my soul felt nothing like a raisin. I also understood that I belonged to that group of expats who are fascinated by this strong, sometimes dichotomous place, and take the needed time to try and understand it. I left Russia with more questions than answers but also felt extremely rewarded by what I had learned and experienced. It is definitely not for all, but if you land in the city with an open mind, a great deal of perseverance, and a pair of warm boots, you may just be starting one of the best adventures of your life.

Click on the link below for my tips on learning the language, finding a job and some sites that will make your time in Moscow easier.