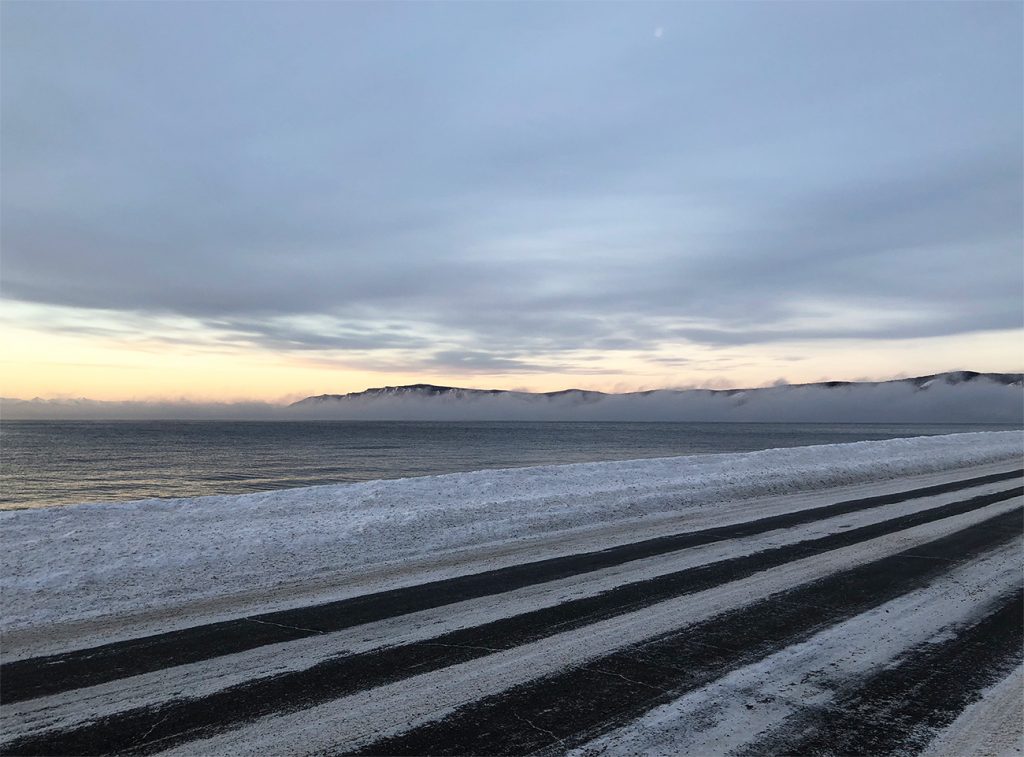 TEFL Express staffer Lili takes us to Russia for a glimpse at Lake Baikal.

Lake Baikal is the largest freshwater lake in the world. It holds 22% of all the surface fresh water in the world. It is vast, changes like the ocean and is home to a zoo of wild creatures.

I approached the lake on an early morning train from Ulan-Ude, a city in southeastern Russia. We were heading to Irkutsk, the carriage was empty and December snow was falling. By the time the sun rose we were skirting this enormous body of water, passing vacant summer houses and small snow covered villages. Every turn of the train brought a different aspect, deep grey roiling currents, clear waves crashing on smooth stones, edges heavy with ice, birds, birds, birds.

The next few days were spent on the banks of the lake in Listvyanka, 70kms from Irkutsk. We stayed in an empty guesthouse, were the only customers in restaurants where we ate fish from the lake, and wandered along the beach. I visited in early December, when the temperatures can be frigid, but the lake surface is not yet frozen. It’s the low season, but most places are still open and services are available. It’s a relaxing, peaceful time to visit, just bring warm clothes!

On my last morning in Listvyanka the snow finally stopped and the sun rose on a clear view. The far bank became visible with mountains and clouds and incredible texture. The sky was a riot of pastel, changing every moment as the sun rose. Lake Baikal is magical.

Adventure, Travel, TEFL and Uzbekistan
TEFL It Up In Hanoi!
City of the Month: Beijing