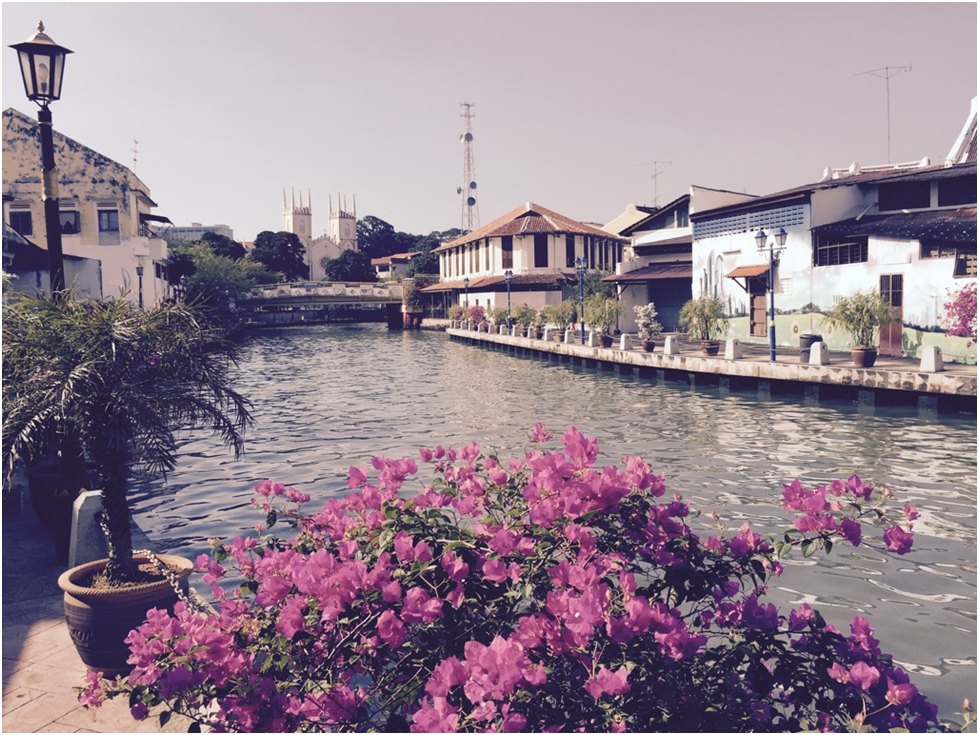 That’s right, it’s time for the next installment of TEFL Nomads on the Road. This month we join Zach in Malacca.

Malacca is a comfortable 2-hour bus ride away from Kuala Lumpur. KL is the headquarters of Air Asia and a major hub for cheap flights from all over Southeast Asia and abroad. You can also get there in 4 hours from Singapore.

So so. While other destinations in Southeast Asia are cheaper, Malaysia is still a bargain compared to Europe and other places in the West. Accommodation ranges from cheap dorm beds to affordable (and nice!) private rooms to high-end luxury hotels. Food is cheap in hawker centres, entry fees to attractions are cheap, and a walk along the scenic Malacca river is free!

What’s special about it?

Malacca is layered with history and distinctive cultures! Founded around 1400 as a Muslim kingdom, it was occupied by the Portuguese in the 1500s, the Dutch in the 1600s, and the British in the 1800s. Chinese merchants and others left their mark on the city from the late 1800s to the present-day. The well-preserved shophouses, relaxing river views, and abundant historical sites make Malacca well worth a visit.

What should I do?

Visit a recreation of the sultan’s palace, where Iskandar Shah built an empire that controlled Southeast Asian trade for two centuries. Climb Bukit St Paul to see the ruins of an old Portuguese church with 16th-century gravestones and stunning views over the city.Check out the Stadthuys, the distinctively red Dutch government buildings in the center of town. Tour the Baba Nonya Heritage Museum to see how wealthy Straits Chinese merchants lived 100 years ago. And of course, eat! In Malacca you’re never far from wonderful Chinese food, traditional Peranakan cuisine, and plenty more. Local shops feature traditional foods, clothing, and handicrafts. When you’re tired of walking, cafes along the river are great for sitting and watching the world go by.

Okay, you’ve convinced me. What else should I do?

True history buffs should check out the Cheng Ho museum. Cheng Ho (also known as Zheng He) was a Chinese naval commander who made several trading expeditions to the Middle East in the 16th century. He commanded the so-called Chinese “treasure fleet”, the largest naval armada the world had ever seen. His ships carried porcelain and silk to the Middle East, and in return he brought back ivory and exotic animals – including a giraffe – to China! Malacca was a frequent stopover, and the museum is on the site of his former storehouses.

Okay, you can probably tell I like my history! But even if you’re not into that, Malacca is a serene stopover and an attractive, compact, walkable city. Like everywhere else in Southeast Asia, it’s hot, so bring sunscreen and a hat, and carry plenty of water. You’ll either love or hate the tricked-out cyclo drivers who blare sped-up pop songs as they cycle through town.”Let It Go” and “Billie Jean” were the popular choices when I visited!

< Working those TEFL Workshops
Back to School for TEFL Teachers >