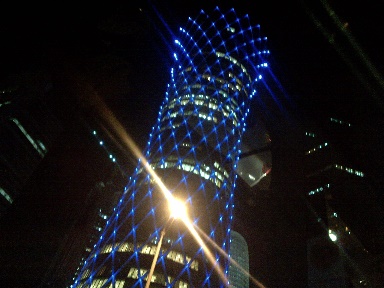 I flew with Qatar Airways and they are obviously very proud of their status as the wealthiest country, per capita, in the world.

I stayed at the Wyndham Grand Regency Hotel during my 5 days 4 nights trip, which even won an international award during the period of my stay there. With such a cozy looking king-sized bed to welcome every guest, I would not hesitate to give them top grades too if I was the judge.

As I was extremely tired after the 9-hour flight with a stopover in Bangkok, I ordered McDelivery (McDonald’s Delivery) for dinner, while watching football on the telly. It was an uneventful first day to say the least, but I still managed to find some energy left in me to hit the pool later the same evening. 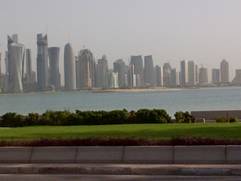 The real reason why I was in Doha, Qatar was my maiden trade show in the Middle East held at the majestic Qatar National Convention Centre (QNCC). After Day 1 of the trade show, participants are invited to St. Regis Hotel for a welcome dinner. It was a simple 3-course dinner, but it sure beat the McDonald’s from the evening before and the view of the hotel in the night was just breathtaking.

Enough about work, where did I go during the other evenings after the trade show? For starters, I took a cab ride to enjoy the view of Doha at night, and was frantically snapping away on my smart phone. So much so that I forgot to ask the cab driver where we were and the names of certain seemingly monumental buildings and structures. 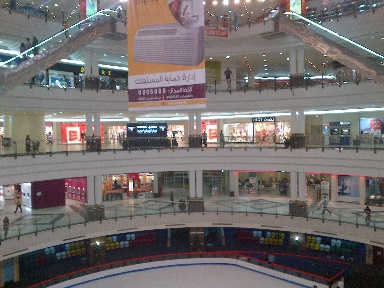 On another night, I visited one of the largest malls in Doha, named simply “Doha City Center”. There is even an ice skating rink on the ground floor of the mall. I would assume that for a city where the temperature can soar up to 45°C during the hottest hours of the day, this place would be filled with people trying to get away from the heat. I couldn’t have been more wrong. Seeing that there was no real competition worthy enough for me to get into a pair of skates (not), I decided to catch a movie instead. Yes, I caught the first ever Marvel’s Avengers movie in Doha… alone. 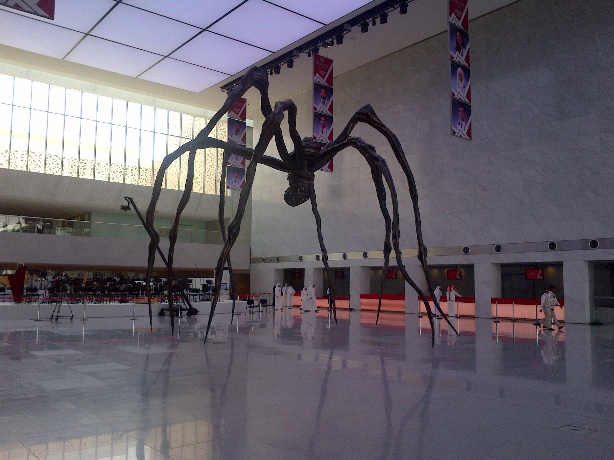 I wished I’d had more time to visit more places in Doha, but this was still a business trip after all, so that is about all I have to share about this city. One which can charm and woo you with its illuminated buildings and bustling city life in the evenings, but ravage and wear you down in equal proportions with its heat when the sun is at the highest. So the only useful tips I have for you if you plan to visit Doha, are to dress light, drink lots of water, and stay away from the booze. It is a Muslim country after all, and alcoholic drinks are banned at most places. The places that do sell them, are charging exuberant prices.

TEFL It Up In Hanoi!
City of the Month: Bangkok
TEFL Nomads on the Road: Tasmania