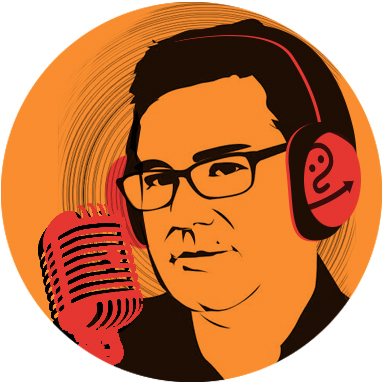 This month’s TEFL Tales teacher stories is about my early days teaching in Santiago, Chile and how making the most of a strange situation worked in my favor. If you have a funny or inspirational TEFL story that you’d like to share, you can submit your idea by clicking on the link below.

Santiago, Chile is beautiful in the morning. In my little bureau in the young hipster part of town there were always remnants of a late night partying that got out of hand: broken bottles, half-finished pints by the roadside and discarded pieces of clothing. While those who had partaken in the revelry were likely in bed, I was fresh as a daisy on my way to a teaching gig on the outskirts of the city. 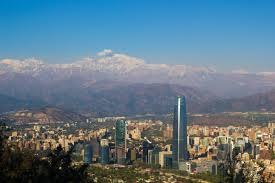 It was to be my first day teaching these particular corporate clients and I was terrified that I would get lost on my way there or that I would muck the class up when I got there. All I knew about the two men that I would be teaching is that they were HR representatives for a large mining firm that operated in several countries in South America. It was a big contract for the school I was working for, and as I was relatively new to the school, I was nervous that I might mess it up and never be given a chance like this again.

I wasn’t the only one on my way to work at 7am, when I got onto the subway it was so packed that I could barely move. Every time that there was a stop I struggled to stay upright; the mass of busy people rushing to exit at there stop was like a heavy current. I did my best to keep in a calm collected mood and tried practicing my Spanish listening skills by eavesdropping in on conversations of my fellow passengers.

At my stop, I too had to excuse myself as I jostled to the door of the subway. I took a deep breath, relieved to be free of the train, and I walked up the stairs of Ricoleta station. I was in luck, and an old man was still outside selling cheap sandwiches out of a cooler. This was a fairly common practice while I was in Chile, not restaurants or even stands, just somebody who wanted to make an extra buck by making lunch for 100 people instead of just themselves. The cold sandwich I bought had shredded chicken, avocado and a generous spreading of spicy and sour pebre sauce: delicious.

The final leg of my trip to this company was to be a small city to city bus. I had to walk through a fairly dingy looking neighborhood and a large farmer’s market to get to the bus station. Outside of the market, a man was taking green beans out of a large barrel, de-stringing them and throwing them into another barrel. I wondered if he’d still be working on the beans when I returned. 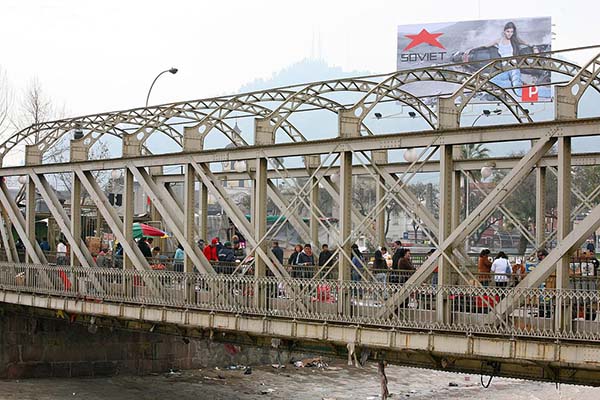 I caught my bus after a bit of miscommunication with the ticket seller. To be honest, even when the bus was on its way, I was only fifty percent sure that I was on the right one. Either way, I was told it would be about thirty minutes before I got to my stop, so I took out a book and decided to relax for at least the next twenty minutes. This was quickly interrupted by a man boarding the bus, shouting loudly and aggressively placing mini candy bars into all of the passengers hands.

The man then proceeded to talk about the merits of the candy bar and how cheap of a rate that he was selling them for. This sales technique is also fairly common in Santiago. When the item is already in your hand, it’s harder to say no. Feeling guilty that the chocolate had already started to melt in my hand, I bought it.

After approximately thirty minutes I saw the large building bearing the name of the company I was looking for. I was relieved as we’d long left the city and the landscape was starting to look a bit barren. I shouted for the driver that I needed to stop here please. Letting out a long sigh and mumbling something about a gringo, he reluctantly stopped the bus and I got out.

I crossed the busy highway and walked up a small hill to where the building was. I walked up to the security desk and introduced myself. I was informed that I was early, but I was surprised that I’d only made it in fifteen minutes before the class, which was much tighter than I’d expected. I was given a lanyard with guest written on it and directed to a waiting area.

I took the extra time to take out my lesson plan and review the activities that I’d planned. When it was time for the class, I asked the receptionist where I was supposed to go. She said that the HR representatives were busy with a meeting and that she would let me know when I could go in.

I waited for another thirty minutes before I was brought in for the class. I’d quickly adjusted my lesson to account for the time lost. It was a very modern building, with large glass windows everywhere instead of walls. As I moved towards the meeting room where I’d be teaching, I could see into everyone else’s offices as well. I wondered if this was some sort of productivity technique and realized that I would probably be visible to any passersby as I taught. 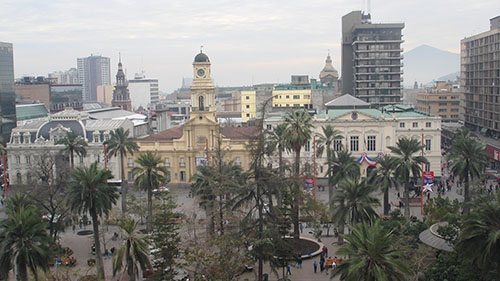 I did a typical Chilean greeting to the two men as I entered the meeting room. They apologized for being late and I proceeded with my lesson. We had a short conversation where we introduced ourselves and did a quick get to know you activity. After that, I’d had a solid lesson planned that I hoped would impress them. However, all they wanted to do was “chat”, as they put it.

I’d experienced this type of attitude towards English learning when I was in Japan as well. Many times clients don’t want to feel like they’re studying, they want to practice what they already know. Though I didn’t want to upset the new client, I did manage to work in a few grammar points and roleplays. I even did my typical error correction at the end, though I was worried they might dislike it.

At the end of the time slot, I was quickly whisked out of the classroom as they had a series of other meetings to do. I was left unsure how the whole thing went as I returned my lanyard and returned to the dusty roadside where the bus had dropped me off. There wasn’t a sign for the bus, and I had no means of knowing when the next one would arrive.

Eventually I was picked up and brought back into the city. It was already early afternoon, and as I didn’t have any more classes that day, I decided to walk home instead of paying for the train. I had a beer in the park and considered what had just happened. I’d spent an entire day travelling around Santiago just for one lesson that may or may not have gone well. It was a little disheartened about the whole thing. I took off my tie and carefully rolled it up to store in my suitcase

I remember thinking that things weren’t really working out with the school I was at. I was just barely getting enough hours to get by and days like this one were way too common. I began considering other options. 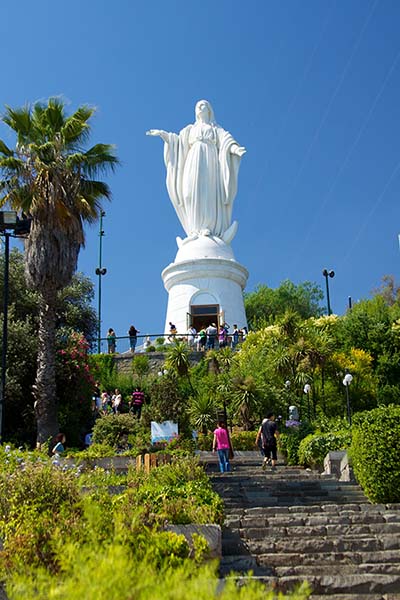 Then, when I got home, I received a phone call from the DoS of the school. He said that he’d gotten great feedback from the client and that they not only wanted to continue the contract, but wanted to open a few new classes as well. It meant that I’d have to make the commute to the school on a regular basis, but that I’d at least be teaching a few classes when I got there.

I celebrated by having a bottle of wine and a small bbq with a few friends in a picnic area midway up San Cristobal mountain. I looked down at the city and, for the first time since I’d arrived, felt like I was truly a part of it.

I hope you enjoyed the story. If you have a humorous or inspirational travel/teaching story that you’d like to share, you can submit your idea by clicking on the button below.
Submission Form

< Is Your School Right For You?
Fixing a Broken Classroom Dynamic >